The Pentagon denied reports on Oct. 8 that top military officials were not consulted ahead of President Donald Trump's abrupt announcement that the U.S. would pull back its forces in Syria.

The White House has announced that it will not cooperate with the Democratic Party in its investigation into the president.

The Democrat-dominated House of Representatives accuses Trump of misusing his power and asking Ukraine to seek compromise on former Vice President Joe Biden, who is currently part of the White House race.

About a week ago, actor Jason Momoa gave a speech to the United Nations (UN).

On September 27, he went one step further in condemning climate action and its consequences, BGNES wrote. The Hawaii-born actor, best known for his role as Aquaman, "condemns" not only world leaders but all of humanity, saying it is "a disease that is infecting our planet."

Turkey is not a country to act according to threats, the country's vice president said on Oct. 8 responding to a threat by U.S. President Donald Trump regarding Turkey's planned safe zone operation. 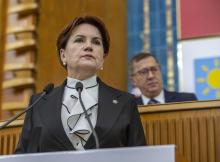 U.S. President Donald Trump said on Oct. 7 he was not "siding with anybody" on Syria after his decision to pull back troops.

Donald Trump has accused Democrats leader of the House of Representatives Nancy Pelosi of treason and added that she should be removed from office. Data on the second whistleblower on the removal of US President Donald Trump are still scarce. Hearings on the case over Trump's conversation with his Ukrainian counterpart, Vladimir Zelensky, have begun in Congress last night Bulgarian time.

A second whistleblower has come forward with first-hand knowledge of President Donald Trump's attempts to get the Ukrainian president to investigate a political rival, lawyers for the official said on Oct. 6.

Iranians have tried to hack the accounts of thousands of Americans in order to influence the country's presidential campaign. The statement is from Microsoft, which has caught the hackers' action. The Seattle-based company said Iranian agents had attacked a certain presidential candidate, but declined to name it. 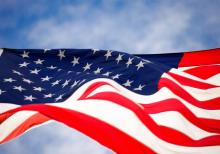 The United States will impose new tariffs of 25% on European goods for $ 7.5 billion. They will enter into force on October 18 and are a response to European subsidies for the Airbus airlines.