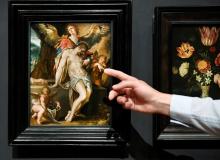 Changing the name costs EUR 200,000 to the country's budget.

On 1 January 2020 the name Holland officially ceases to exist as a designation of the Netherlands State. This was reported by local authorities, cited by BGNES. 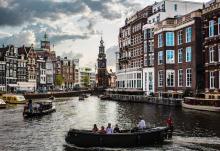 Authorities believe the country's image needs to be renewed, as the Netherlands associates tourists mainly with drugs and Amsterdam's "Red Light District".

The rebranding process has started and the promotion of the Netherlands name will be enforced at upcoming international events and will be recognized by the national football team.

Amsterdam's famed Rijksmuseum on July 8 began a historic restoration of Rembrandt's "The Night Watch," erecting a huge glass cage around the painting so the public can see the work carried out live.

The flow of tourists to the most visited museums in Europe has grown by 6.1% in 2018, with the number of passages through the halls of the most sought-after museum have increased to its highest extent.

This is reflected in the annual review of the world's attractions and museums of the US-based International Theme Parks Association.

For the first time, and likely the last, the Rijksmuseum in Amsterdam is showing off most of its works by Rembrandt van Rijn in a single exhibition.

The two siblings from Afghanistan arrived at Amsterdam's Schiphol Airport early in the morning. Even though they had been waiting for this moment for three years, they were scared.

AFP - Two people were injured during a stabbing incident at Amsterdam's busy Central Station on Friday morning before the alleged attacker was shot and wounded, Dutch police said.

"A suspect has been shot after a stabbing incident at Amsterdam Central Station," Dutch police said on Twitter, indicating that the station had been evacuated and closed off to all rail traffic.

Two people were stabbed at Amsterdam's busy Central Station on Friday before the alleged attacker was shot and wounded, Dutch police said.

A joint venture between TAV Construction and Ballast Nedam, which is owned by Turkey's Rönesans Holding, will build the planned new pier at Amsterdam's Schphol Airport.