The Association for the Research of Ancient-Greek and Byzantine Technology and the Museum Herakleidon present "Eureka: Science, Art and Technology of the Ancient Greeks," which includes the Automaton and the Antikythera Mechanism, two great inventions of that era. The exhibition takes places in both of the museum's buildings, which are walking distance from one another.

The gold was seized in a passenger's bag on the bus.

Thousands of workers will have the right in 2020 to retire as early as the age of 55 year, that is 12 years before the general age of retirement.

Welcoming Chinese President Xi Jinping to Athens ahead of the signing of 16 bilateral deals Monday, Greek Prime Minister Kyriakos Mitsotakis described the two countries' cooperation as a road that "will soon become a highway." 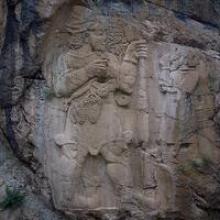 Excavations to be carried out in the ancient city of Heraion-Teikhos, which has traces of the Thracian civilization, in Süleymanpaşa district of the northwestern province of Tekirdağ, aim to reveal the health and cult centers of the Thracians. 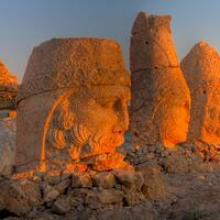 For thousands of years, Anatolian lands have been a perfect crossroads of ancient civilizations, embodying the cultural heritage of the world. The lands, also called Asia Minor by the Romans, have seen the rise and fall of many empires and civilizations.

"From Macedonian to Thessalian Tempi" at the Museum of Byzantine Culture showcases five fortification sites - Rentina, the fortification wall of Cassandreia and the castles of Pydna, Platamon and Velika - from Macedonia and Thessaly which were founded, constructed or renovated during the reign of Justinian I (527-565).