A ceremony was held yesterday at the Ankara Contemporary Arts Center for famous painter, journalist and author Fikret Otyam, who died on Aug. 9 at the age of 89 in the southern province of Antalya.

The ceremony began with a moment of silence and continued with a speech delivered by Republican People's Party (CHP) leader Kemal K?l?çdaro?lu.

Four children have drowned in hotel pools in southern Turkey over the past four days.

Safa Boutadjine, 7, the daughter of a French family vacationing in a hotel in the Mediterranean province of Antalya, drowned after she entered an adult pool at the hotel located in the Çolakl? neighborhood in Antalya's Manavgat district at around 6 p.m. on Aug. 5.

At least four people were killed after a bus carrying Russian-speaking tourists rolled over in southern Turkey on Aug. 6.

Do?an News Agency reported that the bus, carrying Russian, Ukrainian, Belarussian and Kazakh tourists, was going from Pamukkale in the province of Denizli to the popular southern resort of Antalya. 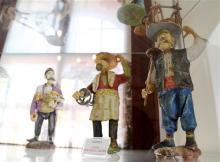 ?Street Sellers in Turkey of the 19th Century,? 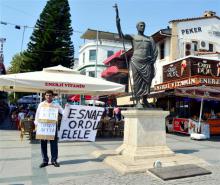 Infuriated by the Turkish government's ban on sale of alcoholic drinks after 10 p.m., a former liquor store owner in the southern province of Antalya has made a call to the army -but could only find a statue to support his cause.

This year's excavation works have begun in the ancient site of Myra and the Andriake Port situated in Demre district of Turkey's southern resort province of Antalya.

Six of the most important ancient sites of the Lycian Union lie in this area, where excavations kicked off in 2009.

Antalya and the nearby provinces of Isparta and Burdur are attracting growing numbers of Korean and other Asian tourists who are looking for a holiday full of culture and adventure With culture on offer in Antalya and outdoor activities available in Isparta and Burdur, tourists from East Asia are increasingly flocking to southern Turkey for holiday opportunities. 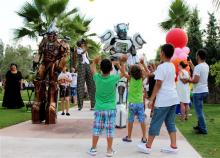 A hotel in the Kemer district of Turkey's southwestern city of Antalya organized a march for peace, where the hotel guests' children marched with cartoon characters as personified by hotel animators.

As part of the event, children spent time watching shows by illusionists and intelligent dogs and parrots.