The G-7 summit continues in the French resort of Biarritz. Following the formal opening on Saturday night, the leaders of the seven most advanced industrialized nations are beginning the talks.

One thing was certain at this year's World Economic Forum: Davos and its values are in a state of deep crisis. The decline had become evident even before the start of the annual conference that sees the global elite gather in this lofty village in the snowy Swiss Alps, thanks to a letter penned and published by the WEF's founder, Klaus Schwab. 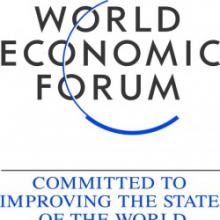 The World Economic Forum in the Swiss resort of Davos begins today, January 23rd and it will last until Friday.

In the last day  a statement by US President Donald Trump is also scheduled.

A large-scale protest was planned against his participation today, but the authorities banned any demonstrations due to a heavy snowfalls.

The German insurers' association said the riots that accompanied the G20 summit in Hamburg earlier this month could cost insurance companies up to EUR 12 million (USD 13.8 million), according to Associated Press.

During clashes with anti-globalists in Hamburg 76 officers were injured according to France press, citing representative of the local police. There are also at least two injured among the protesters. Around five people were held in custody.