Autonomous Province of Kosovo and Metohija

Vucic spoke after meetings with Western representatives whose topic was the issue of Kosovo and Metohija.
"In the first 6 months of 2022, we have 521 more newborns than in the same period of 2021. The biggest success and the most important news for Serbia," the description of the video reads.

Kosovo police director added that from tomorrow the special units will be operational, the media reports.
Albanians are preparing the ground for the violent implementation of illegal measures that they have announced will come into force on September 1, when the decision on the suspension of Serbian documents and license plates will begin to be implemented, according to "Novosti".

Prime Minister of Kosovo stated that the tensions in the north of Kosovo will continue if the western democracies allow Serbia to continue with "its old dreams, which are becoming a nightmare for Serbia's neighbors, but also for the Serbian people themselves".

Vui referred to the announcement of the European External Action Service (EEAS), which expressed concern over "the increase in inflammatory rhetoric between the officials of Belgrade and Pristina" and said that he has no comment. "That's for the best," stated Vui. 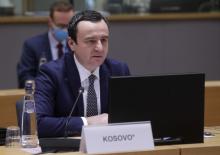 This is what Kosovo Prime Minister Albin Kurti said on the occasion of the upcoming meeting on August 18 in Brussels with Serbian President Aleksandar Vui, Koha reported.
Kurti stated that the agreement depends on the Serbian side, because the Kosovo side is ready and unwavering for mutual recognition. 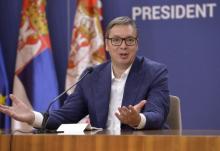 He said he was very skeptical of any results being achieved. 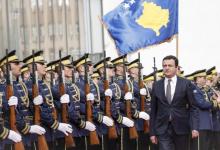 "The one who rattles weapons and calls for war, attacks and accuses Serbs and Belgrade is Albin Kurti," Petkovi said on Twitter. Last night, the Prime Minister of the interim institutions of Pristina repeated the accusations against Serbia for allegedly potential attacks on Kosovo and Metohija, while claiming that Pristina is ready to defend itself.

The Kosovo government has allocated €40 million to cover unpaid electricity in the four Serb-dominated municipalities in the north. The funds will be allocated to the Kosovo Energy Distribution and Supply Company, KOSTT.

However, it does not have the possibility to "force" Kosovo to do it, it follows from the answer of the head of EU diplomacy, Josep Borrell, to the parliamentary question "what will be done regarding Kosovo's refusal to form the CSMs".