Ukraine's human rights ombudswoman has appealed to authorities to find a solution for scores of infants born to surrogate mothers for foreign parents who are stranded because the country's borders are closed under coronavirus restrictions. 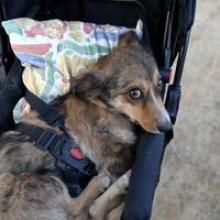 Banu Baltacı, who lives in Bursa, takes her disabled dog out every day on a baby stroller.

Ninety-seven percent of bathing sites monitored last year in Greece were found to have excellent water quality, according to a report by the European Commission and the European Environment Agency (EEA) published Thursday.
The annual report monitors bathing sites across the European Union that meet the "most stringent quality standards for water cleanliness." 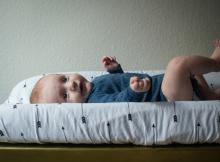 Tests found levels above safety thresholds for substances potentially dangerous to human health, and lower levels of others including the controversial weedkiller glyphosate.

Anses said its nappy tests were the first of their kind in the world.

Greek women are increasingly choosing to breastfeed their newborn babies after years of relying on formula, according to a report conducted by the Children's Health Institute in 2017.

Based on the data, seven in 10 women last year breastfed their infants for the first few months, reversing a four-to-10 ratio recorded in a similar report in 2007.

Thousands of mothers from all over Athens gathered at Syntagma Square on Sunday, November 5 to send a positive message about breastfeeding. Their goal was to raise awareness and encourage mothers to prefer the natural way of feeding their children and avoid formulas.

A Slovenian artist breastfed her dogs and fertilized one of her eggs with a dog cell as part of an award-winning three-month art project. She also produced a video documenting the creative process behind the bizarre venture.

Maja Smrekar lived in seclusion with her dogs as part of the lengthy artistic experiment, which was titled “K-9_topology.”

Retailer Toys "R" Us has filed for Chapter 11 bankruptcy protection in a U.S. court, the company said, amid heavy debt and a tough environment for bricks and mortar stores.

The chain which sells toys and baby products in the United States as well 38 other countries and jurisdictions joins other traditional retailers that are struggling to compete with the likes of Amazon.

Sexy 22-year-old Demi Rose decided to spend some time in Ibiza and to the delight of everyone, she apparently couldn’t stand the heat wave of the recent days and even the tiny bathing suits she usually wears seemsed too much for her.