Controversy erupted after a decommissioned T-55 tank was installed near the north stand of Red Star Belgrade's football stadium on Monday, with critics in Croatia accusing the club of celebrating Serbian "aggression" during the wars that broke out as Yugoslavia collapsed in the 1990s.

China has been deepening its footprint in Serbia for years, primarily through infrastructure loans and construction projects, all packaged as part of the Belt and Road Initiative. There have also been some major investments, such as the Smederevo Steel Plant, or in the Bor mining complex.

As the Asian giant's global ambitions expand, Beijing is moving from just supplying Belgrade with loans to assuming a key role in its security arrangements.

The use of plastic bags will be completely banned in Belgrade from January 1st. The decision will be formally taken at a meeting of the Belgrade municipality by the end of the month, Serbian Deputy Mayor Goran Vesić said, quoted by Tanjug, BNR reported.

Namely, those funds will be used for implementing construction works on the faade restoration and decorative building lighting fixtures of the Old Railway Station in Belgrade.
As noted in the decision of the Serbian Government, those are the funds from the current budget reserve, as announced and published in the Official Gazette.

The states that once formed part of the former Yugoslavia in the 1990s experienced war, mass murder, ethnic cleansing, and humanitarian disaster. Economic growth was slow or negative and corruption was the rule, not the exception. The outflow of refugees was much greater than the migration of young people out of the Balkans today.

A man with thick police record Sasa Petersen (aged 44) followed Serbia's President's daughter for days, threatened her and planned assault on her bodyguards.
He kept coming to school that 17-year-old Milica attends on a daily basis.
He recorded the girl and members of her security team, media reported. 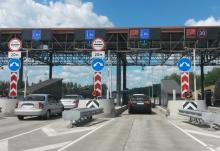 New prices for crossing the highways in Serbia come into force today. The increase in TOL system is 12 per cent and was announced a few months ago. Thus, for the Belgrade-Nis section, the car will pay 900 dinars, instead of 800 as before.

"Members of Hi-Tech Crime Department within the Internal Affairs Ministry, apprehended A. J. A. (39) from Sabac due to grounded suspicion of having committed the crime of endangering safety", Ministry of Interior says in a statement.
She is suspected of addressing threats to the children of Serbia's President Aleksandar Vucic via Twitter.