With the government considering to make it mandatory for unvaccinated people, especially those working in schools to present PCR tests following the start of the upcoming academic year, a study shows that the majority of the public finds the measures to be implemented by authorities right.

Ljubljana – Slovenia logged 508 new coronavirus infections on Tuesday, the highest number since 18 May. The new cases were confirmed in 2,805 PCR tests for a positivity rate of 18.1%. There are now an estimated 4,015 active cases in the country, according to fresh data from the National Institute of Public Health.

The opening of the school year with in-person instruction will take place on September 13 for all students, and parents may agree or oppose their children over 12 being vaccinated by filling in some forms, Education Minister Sorin Cimpeanu said Tuesday.

Ljubljana – The number of daily reported new coronavirus infections in Slovenia is again similar to the numbers recorded in mid-May, with 477 new cases confirmed in 2,489 PCR tests on Monday, according to data provided by the National Institute of Public Health (NIJZ).

Some 17 penguins in a zoo in the northwestern province of Bursa are fed twice a day with European pilchard, the zoo officials have announced on Aug. 18.

"Fourteen penguins were brought from the Netherlands and Belgium in 2017. Three were born here in Bursa," Önder Sevim, the head of the caretakers in the zoo, told Demirören News Agency.

Fossils belonging to sea creatures estimated to be 35 million years old were found by a field research team in eastern Turkey. 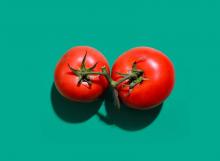 Ljubljana – The first case of tomato brown rugose fruit virus (ToBRFV), a highly infectious plant virus that is jeopardising tomato and pepper crops, has been confirmed in Slovenia after a close encounter with the virus in spring.

A number of 152 new cases of people infected with SARS-CoV-2 have been recorded in the past 24 hours, with almost 21,900 tests performed, the Strategic Communication Group reported on Sunday. These are cases that have not previously had a positive test.

Some 87 percent of current COVID-19 cases include people who are not fully vaccinated, Turkish Health Minister Fahrettin Koca said in a news conference following a meeting of the Coronavirus Science Board on July 28, appealing people to get jabbed.

Ljubljana – The list of countries whose PCR and rapid antigen tests for coronavirus are recognised by Slovenia has been expanded by the government to include Bosnia-Herzegovina. Under certain conditions tests from countries not on the list will be also accepted.