According to "Blic", this will be a requirement especially because of the success of signing a letter of intent to establish direct airline between Belgrade and Pristina.
In order to implement this agreement, President Vucic will set a condition: abolishing taxes on goods from central Serbia, according to "Blic" daily. 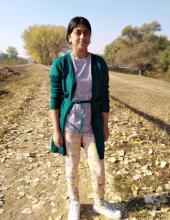 Monika Karimanovic is feeling well and is currently in the Clinical Center in Nis. As the news learned, the girl will be detained on Pediatric Surgery to have all examinations performed in detail. Monika's parents got permission from police to see their daughter.
The first photos of the girl on a stretcher have already appeared in the media.

In order for the citizens to go to the polls that day, the law stipulates that the election campaign lasts from 45 to 60 days.
As "Politika" writes in a Wednesday issue, elections will be announced on March 8th.

However, he added, it depends on Serbia to what extent it would like to develop and deepen cooperation.
"It would be great if Serbia wanted to become a NATO member. You are currently a partner and your country is very pleased with that. It suits us", Foggo told "Blic".

According to daily "Blic", there have been over 50 attempts to release this footage, but so far the Russian service has successfully thwarted it.
"Every single web site that published the video was crashed in a record time", a source claims
The video, posted on You Tube, depicts the meeting of two men in a parking lot in Zemun.

According to the newspaper, the young men were arrested in Kaludjerica.
According to Blic, there was an altercation in traffic first and then an accident when an "Audi" struck a "BMW" driven by the football player, in which he was alone. When the football player got out of the car, they tried to put him in the trunk, however, he managed to overcome them and escape.

Wolfgang Ischinger is a Chairman of the Munich Security Conference and German diplomat with extensive experience.

The situation got especially complicated after the statements of Matthew Palmer, State Department Special Envoy for the Western Balkans.

However, Belgrade rejected the offer, the newspaper said.
Daily "Blic" further states that US Presidential Special Envoy for Kosovo Richard Grenell recently instructed Belgrade and Pristina to reach an agreement on mutual recognition, and that they will receive an "economic award" in return, in the form of an investment conference that will be organized.