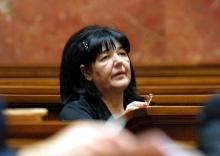 Markovic - the widow of former Serbian and Yugoslav President Slobodan Milosevic - was first found guilty and sentenced in June last year, on charges of influencing a government commission in 2000 to illegally assign a state-owned apartment to her grandchild's nanny, the daily Blic is reporting.

According to Blic, Alibasic was prevented in this attempt by officers from the Security and Information Agency (BIA) and by the police.

Alibasic spent several hours before being arrested in a village near the Serbian Orthodox Monastery of Djurdjevi Stupovi, where he had been practicing martial arts in previous years, as well as tactical military training, and camping and survival.

Serbian Minister of Mining and Energy Aleksandar Antic told this to daily Blic, adding that the country could in this way also boost its own energy security, Tanjug is reporting.

"Right now, it seems that things are going in a good direction - one that will ensure another supply route and energy security to Serbia, as well as profits brought by the transit fees themselves," he said. 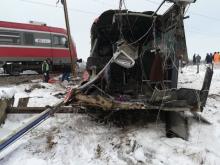 The accident happened in Donje Mudjurovo, near Nis, in southern Serbia.

Two of those who have been injured are in a serious condition, Prva TV reported.

According to Police Director Vladimir Rebic, the driver of the bus most likely caused the accident. An investigation is under way.

That's according to Belgrade-based daily Blic.

The paper writes, referring to diplomatic sources in Washington, that the US president was probably influenced by his national security adviser John Bolton and Secretary of State Mike Pompeo, "who have been devoted to the issue in recent months."

A journalist from the television station, Studio B, Barbara Zivotic, has caused much anger with a report from the event that many said was not objective.

This is according to Belgrade newspaper Blic, which is citing a source from diplomatic circles in Berlin. According to the daily, McAllister, a German MEP, recently met with Angela Merkel and expressed his views on this sensitive issue.