The frequency of breast cancer has been on the rise among not only Turkish women, but also men, an academic has warned.

A Turkish woman has sued her husband for his insulting remarks about her cosmetically-enhanced breasts and hips. 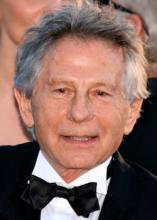 Activists of the Femen movement protested last night in front of the French Film Institute, where director Roman Polanski presented the first film in retrospective of his work, BNT reported.

Solci Perez, 23, is the sexy weather girl for Argentina’s sports channel TyCSports. The blonde beauty recently had a wardrobe malfunction while doing a live stream via Instagram. In front of her 1.7 million followers, hot Sol, who was wearing a black swimsuit tried to come closer to the camera and adjust her low cut. But her bra shifted offering revealing her nipple to her followers.

Pink camper will help women with breast cancer. The center on four tires will reach more than 25 cities in the country, and  help patients to receive help which will be completely free, according to NOVATV.

The pink Camper is part of the Foundation ''One of Eight''. 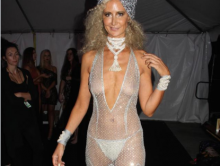 The gown left little the imagination – with the It girl wearing just a pair of nude pants to preserve her modesty.

Sexy blonde Joanna Krupa became the victim of a wardrobe malfunction, when flashbulbs exposed her braless breasts during a night out for dinner.

A FEMEN protestor attempted to storm the stage during Marine Le Pen’s speech to Front National supporters in Paris.
A woman tried to protest whilst Ms Le Pen was speaking on stage to the party faithful during a rally by the far-right party ahead of Sunday’s first round of presidential voting.
However, the woman  was dragged off the stage by bodyguards.

Denise Milani is a Czech wonder! Born in 1983 she has attracted the attention of all major adult magazines and has made a quite notable career and a name for herself.
However, there is a mystery around one thing or actually…two things: