A large-scale operation by the Directorate for Combatting Organised Crime and Sofia District Directorate of the Police against drug distribution is currently taking place in several residential quarters of Sofia on November 18, BNT reported.

More than 10 people have been arrested so far, according to BNT sources.

On November 3, Bulgaria holds second round of local elections. The same rules for voting apply as in the first round, BNT reported.

The polling stations open at 07.00 and close at 20.00. If there are queues, voting can be extended by an hour.

Second round will be held in 105 municipalities, 441 town halls and 31 regions.

The highest turnout was 82,4%, in the municipality of Treklyano in Kyustendil district and the lowest turnout was in the coastal city of Varna - 30,60 %. 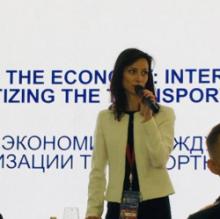 Just a year from now - 90% of jobs will require digital skills. This was what Commissioner Mariya Gabriel said at the BNT conference on Regional Development and the Success Factors of the Regions. The aim is to have so-called digital hubs in every region of Europe by the end of 2020.

Members of the branch of the MediaSind Romanian Union of Journalists (SRJ) in the Romanian Television (TVR) have decided on Friday to continue the strike through excessive zeal started for the purpose of provoking the dismissal, in urgent regime, of the President-General Director of the Romanian Television Society, as well as the directors of the Human Resources and Legal departments, a documen

EU Transport Ministers Council meets in Brussels today. Bulgarian Minister Rosen Zhelyazkov discusses with his colleagues the Mobility Package and the possible further actions of Bulgaria. The battle for reform in the Mobility Package has not been lost. This was announced by the Executive Director of the Union of International Carriers Yordan Arabadzhiev on BNT.

The TRT World Forum 2019 is to take place on Oct. 21-22 in the metropolis Istanbul, with the theme "Globalisation in Retreat: Risks and Opportunities". 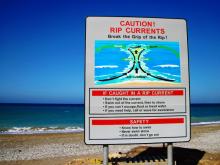 The waves will be up to 3 meters in height. A wind and a sea state warning has been issued. The waves will subside in the evening and there may be rip currents and bottom pits on Saturday-Sunday.

Weather forecasters are also warning of a serious danger of fires in the coming days.

The Management Board of the State Fund Agriculture on July 19 chose new management of the Fund, Vassil Grudev, was elected as Executive Director after the previous one resigned for personal reasons earlier today, reports BNT.

At the next meeting of the Sofia Municipal Council, a report on the so called new mechanism for early warning system. This mechanism will shorten the response time for air pollution in one day.

This was stated in the BNT morning block, Lorita Radeva, chairman of the Environment Committee at Sofia Municipal Council.