Slavi Trifonov has made a grave mistake. He could have formed a government and, as soon as it failed to pass a confidence vote, leave parliament triumphantly as a winner, told bTV political scientist Rumyana Kolarova on the occasion of the cabinet-formingmandate returned by There Is Such a People (TISP).

Journalist Georgi Koritarov died suddenly at the age of 61. This sad news was posted on Facebook by Georgi Harizanov, director of Europe TV, in which Koritarov hosted a show until yesterday.

According to NOVA, the journalist was admitted to hospital in emergency with a positive COVID-19 test, but lost the battle with the disease.

Bulgaria's popular bTV channel announces that Florian Skala has resigned from his position as CEO of bTV and effectively immediately Martin Svehlak has been appointed as new CEO. Mr. Svehlak brings a rare depth of diverse media knowledge and managerial experience that spans TV, print, and online media, as well as digital platforms. Mr.

A survey by the Bulgarian Industrial Association (BIA) among 580 enterprises in the sphere of services and trade shows that more than 80% of them say that the 60/40 anti-crisis measure (sharing the cost of staff salaries between the state and employers) is inefficient, Dimiter Brankov, BIA Vice President said for the Bulgarian National Radio.

A 48-year-old Bulgarian with suspected coronavirus infection has died in Spain, according to the local newspaper.

After complications, he was hospitalized in Villajoyosa Hospital, Alicante Province, but the doctors lost the battle for his life.

A Bulgarian woman died from the new coronavirus in the United States. She was visiting her son, who lives in Pittsburgh, BTV reported.

US Republican Senator Marco Rubio has asked the US Secretary of the Treasury and the Attorney General to launch "a full review of the national security implication of AT&T's upcoming sale of the Central European Media Group Enterprises, CME, to the Czech-owned conglomerate PPF Group".

Venelin Petkov, the head of news, current affairs and sport at private channel bTV, said on Tuesday that he intends to sue United Patriots leader Valeri Simeonov for calling him and his colleague Anton Hekimyan corrupt during a broadcast on Bulgarian National Television.

"See you in court," Petkov wrote on Facebook in response to Simeonov's accusations. 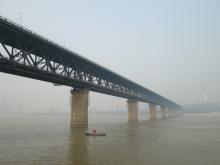 Another Bulgarian is in the city of Wuhan - the heart of the coronavirus epidemic. This was reported to bTV by Vladislav Spasov, temporarily managing the Bulgarian Embassy in Beijing,

There was information about three Bulgarian students who were located in the metropolis. Our fourth compatriot is also a student.
None of the four is permanently resident there.

Whether the summer tourist season is successful or weaker than in the recent years remains to be seen, but the data for the first days of the most active summer month of August show that 88% of all seaside hotels were occupied on August 3rd, and 68% of the full month is already booked, according to preliminary data from the Institute for Analysis and Evaluation in Tourism.