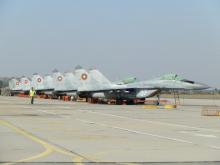 The first two engines which will be used for repair of six Bulgarian MiG-29 fighter jets were delivered at the Graf Ignatievo air base on Tuesday.

This is in line with the implementation of the intergovernmental agreement signed between Bulgaria and Poland in October.

According to the agreement, six Bulgarian engines will be repaired in Poland until the middle of next year.

The first two engines to be used in the repair of the Bulgarian MiG-29 fighter jets are expected to arrive from Poland on Tuesday.

Bulgaria and Poland signed an intergovernmental agreement on the repair of six of the country's fighter jets in October.

Poland will loan out two engines for temporary use until two of the Bulgarian engines are being repaired. 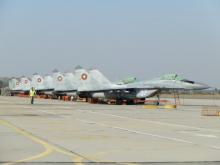 The Russian manufacturer of Bulgarian Air Force's MiG-29s would be unable to guarantee the flight safety of the multirole jet fighters if Poland becomes involved in their repair, a key Russian government official has said.

The Bulgarian government approved at its regular meeting on Wednesday a bill amending and supplementing the Defence and Armed Forces Act, which would allow for joint air policing missions to safeguard the country's airspace.

The bill was tabled for review and approval by the parliament, the press service of the government informs.

Bulgaria's Finance Minister Vladislav Goranov said on Friday funding for the update of military capabilities has been set aside in the budget draft for next year.

This includes installments on the prospective acquisition of new multirole aircraft for the Bulgarian Air Force, but also frigates for the navy.

Bulgarian Defense Minister Nikolay Nenchev asserted on Thursday that funding for a "first installment" was included in next year's budget draft for the purchase of a new multi-role military aircraft.

Russian aircraft corporation RSK MiG has warned it would stop abiding by its maintenance obligations with regard to the MiG-29 jets in service with the Bulgarian Air Force. 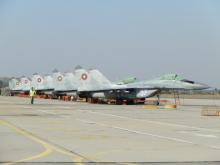 Russian aircraft corporation RSK MiG has said it could challenge an agreement for the repair of Bulgarian Air Force MiG-29 jet fighters by Poland because the deal violated the company's rights.

Bulgarian Defense Minister Nikolay Nenchev is in Poland on Wednesday and Thursday to finalize a deal for the repair of engines of Russian-made MiG-29 fighter jets. 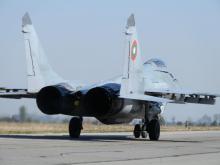 Bulgaria will sign a deal for the repair of the engines of its Russian-made MiG-29 fighter jets with Poland on Thursday, the Defence Ministry in Sofia announced on Tuesday.