Chairmen of the Presidency of Bosnia and Herzegovina

The sincere conversation Bakir Izetbegovic and Aleksandar Vucic had in Belgrade was "the biggest event, creating room for true reconciliation."

That is what Serb member of the Presidency of Bosnia-Herzegovina Mladen Ivanic told the Sarajevo daily Oslobodjenje.

Members of the Presidency of Bosnia-Herzegovina will today arrive in Belgrade where they will speak with Prime Minister Aleksandar Vucic.

Dragan Covic, Bakir Izetbegovic, and Mladen Ivanic accepted Vucic's invitation to come to Serbia in order to "relax" relations between the two countries, sent after Vucic was attacked during the Srebrenica commemoration. 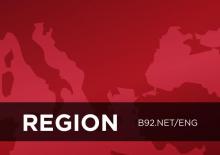 Bosnian Presidency member Bakir Izetbegovic has send a letter to the president of the UN Security Council supporting a draft British resolution on Srebrenica.

This has been reported by the Turkish agency Anatolia.

Bosnia-Herzegovina Presidency chairman Mladen Ivanic says that country is "not even close to meeting the requirements for joining NATO."

Ivanic, who represents Serbs in the presidency and heads an opposition party in the Serb entity, the RS, told the BHT1 television station that he would not vote in favor of Bosnia-Herzegovina joining NATO, and when asked "why," he replied:

Bosnian Presidency chairman Mladen Ivanic has said that there was no reason to postpone the visit of Serbian President Tomislav Nikolic.

"I think this is not good and sets us many steps back, and can create a bad atmosphere. No one person can be a reason to damage relations between the two countries," Ivanic, who represents Serbs, said in Banja Luka. 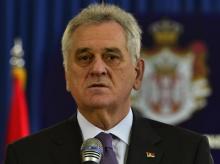 The visit of Serbian President Tomislav Nikolic to Sarajevo, that was officially announced for June 16, "will most likely be postponed," reports said on Monday.

A congress of the Party of Democratic Action, SDA, on Tuesday elected a new leadership for the new four years, electing Bakir Izetbegovic as president while choosing a deputy president, eight vice-presidents and a new main board. 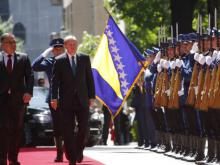 Turkish President Recep Tayyip Erdogan visited Sarajevo on Wednesday on a trip packed with diplomatic and business events and designed to highlight close Turkish ties to Bosnia - an almost half-Muslim country and a former province of the Ottoman Empire. 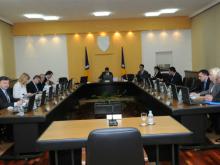 Bakir Izetbegovic of the Party of Democratic Action, SDA, and Zeljko Komsic of the Democratic Front, DF, on Tuesday said the crisis in the government of Bosnia's mainly Bosniak and Croat Federation entity had been resolved.

The two politicians said that problems over opposing views among coalition partners on the replacement of managers in key public companies had been overcome.

BELGRADE - Serbia's Deputy Prime Minister and Foreign Minister Ivica Dacic will be on a visit to Bosnia-Herzegovina from April 28 to 29 as part o his duties as the OSCE chairperson, the Serbian Ministry of Foreign Affairs has stated.