A police dog, Atlantas, helped authorities arrest a man after sniffing out a quantity of drugs in the possession of a man in Thessaloniki early Saturday morning.

According to Bloomberg, metals like nickel, aluminum, and iron are all expected to see demand increase by 13-14 times between 2019 and 2030

The death of one of the two people who were hospitalized on suspicion of food poisoning after eating fish has raised concerns of poisonous puffer fish.

Last week, a fishmonger living in the eastern province of Van cooked a puffer fish, which he likened to the rockfish, with someone else, reportedly a baker.

If not anything else, in recent months we have at least learned different ways of disinfection - for the hands, different surfaces, the entire home. In addition to being efficient, it is understandable that we want them to be as harmless as possible.

The tap water in Lyubimets is now safe for drinking and cooking show the new tests made yesterday. The indicators are good and arsenic concentration, for which water use was limited, is already within normal.

Turkey has discovered a major gold deposit holding an estimated 3.5 million ounces (99 tonnes) of the precious metal valued at around $6 billion, the Anadolu state news agency reported on Dec. 22.

The find in the midwestern town of Sögüt was reported by Fahrettin Poyraz, who heads the Agricultural Credit Cooperatives of Turkey and the Gübretaş fertilizer production firm. 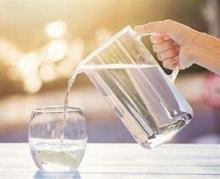 Drinking water in the southern Bulgarian town of Lyubimets is not safe for human consumption due to an increased arsenic content found in it. The problem affects about 8,000 people who as of today are unable to use the tap water for drinking and cooking, although it will not be stopped so that it can be used for all other needs.

The government allocated nearly BGN 184 million to help hospitals in getting prepared for medical assistance in the declared emergency epidemic situation, for the provision of vaccines and additional quantities of "Remdesivir" antiviral medication, as well as for the construction of a new emergency call center in order to improve the service of EU Single Emergency Number 112 on the territory of