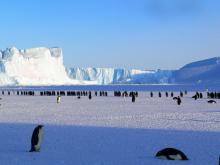 The next expedition to Antarctica is coming soon, Prof. Hristo Pimpirev said in the studio of the BNT morning block. The first group left on November 13th. Logistics were originally departing because our base was closed in the long Antarctic winter.

This year Bulgaria begins the construction of a new modern Antarctic research laboratory. It will be located in the existing Bulgarian polar base. Our country has received the recognition to host the annual meeting of the Antarctic Program Managers' Council.

This year, Bulgaria is starting to build a new modern scientific-research laboratory in Antarctica on the place of the existing Bulgarian polar base there. This was announced by Professor Hristo Pimpirev, Director of the National Center for Polar Studies, at the international meeting of the Council of Managers of National Antarctic Programs (COMNAP), held in Plovdiv.

The discoveries made by the Bulgarian scientists on the icy continent - unknown fish, new plant species and microorganisms - are of global importance, Prof. Hristo Pimpirev, director of the Bulgarian Antarctic Institute and head of the 27 Antarctic expedition, told Focus Radio.

After the two-month biological research as part of the National Polar Research Programme has concluded, research continues in the remaining two months of the Antarctic summer in the field of earth sciences, said Prof. Hristo Pimpirev, Director of the Bulgarian Antarctic Institute and leader of the 27th Antarctic expedition, reports Focus News Agency. 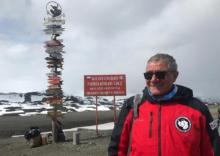 Professor Hristo Pimpirev and ten other polar researchers will join the Bulgarian expedition team at the Bulgarian St. Kliment Ohridski base in Antarctica, reports BNT

The second group of the 27th National Antarctic Expedition is leaving tonight the country, reported the Bulgarian National Television.

The group will be led by  Hristo Pimpirev and will travel from Sofia via Santiago de Chile to Punta Arenas.

The Bulgarian base in Antarctica is an international scientific laboratory. There are also scientists from many different parts of the world, including Colombian scientists this year. Two Portuguese, Turks and a Cypriot scientist , said Hristo Pimpirev,  Prof. , Director of the Bulgarian Antarctic Institute and Head of Bulgarian Expeditions on the South Continent on Darik's "The Week". 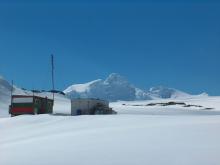 A replica of the first Bulgarian building of Antarctica, built 30 years ago, will become part of the collection of the National Museum of History. This was announced today by the director of the museum, Associate Professor Bonnie Petrunova and the head of our Antarctic expedition, Hristo Pimpirev.