An Indian judge sentenced a self-styled "godman," whose followers went on a deadly rampage after he was convicted of rape last week, to 10 years' jail yesterday.

There were no reports of violence after Gurmeet Ram Rahim Singh was sentenced. Ten of thousands of police enforced a lockdown in large parts of the northern states of Haryana and Punjab where Singh, 50, has a mass following.

A man in Bihar was bitten by a venomous snake. After he was bitten by the snake, the man bit his wife in the wrist.
The man’s last wish was to die together with his wife, and to make it happen, he tried his best but the woman was luckily saved by doctors.
However, the man died, according to a Gulf News report. The incident happened in Samastipur district on Saturday.

At least four activists known for their liberal views on social media  have gone missing in Pakistan this week, according to relatives and workers of nongovernmental organisations.

BELGRADE - In celebration of the Indian Festival of Light (Diwali), the Indian Embassy in Belgrade, in collaboration with the Yugoslav Film Archive, is organizing screenings of two Bollywood films on November 3.

Sexy “Bollywood” star Priyanka Chopra has apologised, after posing in a t-shirt on the cover of the October edition of travel magazine “Conde Nast Traveller India” with the words “REFUGEE”, “IMMIGRANT” and “OUTSIDER” crossed out in red-leaving only the word “TRAVELLER”. 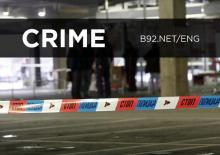 A taxi driver from Sabac in western Serbia died late on Sunday after he was attacked by a passenger using a sharp object, most likely a knife.

State broadcaster RTS is reporting that the driver, who worked for the City taxi company, was attacked as he was driving the killer, who stabbed him in the neck before fleeing the scene.

It's the country that gave the world the Kama Sutra, but India's notoriously prudish film board has ruled that long kissing scenes in the new James Bond movie "Spectre" are not suitable for Indian audiences.

A “wardrobe malfunction” that revealed a model’s … “full moon” at a fashion show in the northern city of Thessaloniki caused a stir on the Greek-language portion of social media this week, with the well-shaped protagonist actually a local veterinarian!

In celebration of its 15th anniversary in Bulgaria and in order to reward the loyalty of its customers, BILLA is launching on Thursday a three-week period of promotional activities which will include numerous discounts and prize draws.

This was announced by the CEO of BILLA Bulgaria, Boyko Sachanski, at a press conference in Sofia on Wednesday.

The fashion world is often, and in many cases justifiably, perceived as a harsh and cut throat industry. But what will happen during New York’s Fashion week is something that is quite inspiring. Madeline Stuart, an 18-year-old Australian model with Down syndrome signed to walk in the New York Fashion Week with Moda, in association with the Christopher Reeve Foundation.