The mass sacking of judges and prosecutors under the vetting process has created gaps in the system and a record overload of delayed cases.

There is a 300-euro fine for violation of the regulation

The European Commission on Friday denied a report in the state-run Athens-Macedonian News Agency (ANA-MPA) that claimed Greece's lenders had agreed to the non-implementation of pension cuts slated for January as they believe the country's social security system has become viable.

Greece should deliver on the promises it has made to its international lenders under its bailout, the European Commission said on Friday when asked whether Greece was free to forego a planned pensions cut in 2019. 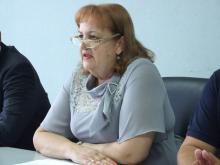 A prosecutor at the UN court in The Hague said she will appeal against the transfer to Belgrade of the case against two Serbian Radical Party officials who are charged with contempt of court.

The inspection mechanism of the Independent Authority for Public Revenue is looking out for properties that have not been declared to the tax authorities, and particularly assets belonging to state debtors.

Proportion of births outside marriage highest in France, lowest in Greece

?You turn if you want to. The lady?s not for turning.?

I do not know in which context she said it, but this iconic sentence used in a speech delivered at the U.K. parliament belongs to late British Prime Minister Margaret Thatcher.

Some 2,000 of 13,000 fuel stations in Turkey have been put up for sale as the renewal date for usufruct right contracts approaches in the sector amid complaints about low profits following a recent regulation limiting the expiry dates of usufruct contracts to five years from 15-20 years.