The Eiffel Tower has been closed after a man was seen climbing up its side, reported BBC.

The company that operates the Parisian landmark confirmed that someone was scaling the building, and that it had been evacuated as a result.

An official told AFP news agency that they were following "standard procedure", while police and specialist firefighters rushed to the scene.

A 40-year-old climber from the US was found dead near Leonidio in the Peloponnese on Sunday.
The man was found unconscious by firefighters at the "Crash of the Titans" climbing field at 1 p.m. on Saturday, the Fire Service announced, with his injuries sustained from a fall from the steep rocks.

Fak (31) and Garnbret (19) were honoured for top international achievements last year and Bunčič and Urnaut for lifetime achievements as the EUR 9,000 prizes were conferred for the 54th time.

The 18th edition of the Festival of Mountain and Extreme Cinema - "Bansko Film Fest" begins today in Bansko, reported the Blgarian National Television.

More than 100 films from over 30 countries will be shown on the forum, some of which are dedicated to people with disabilities engaged in extreme sports.

A celebrated Japanese climber who lost all but one finger to frostbite on Everest has died on his eighth attempt to reach the summit, officials said on May 21.

In the Himalayas, there is another Bulgarian mountaineer -Atanas Georgiev Skatov

Today the search for the mountain climber Boyan Petrov, who has been missing for a few days, is expected to resume, reports BTV. He disappeared during an expedition to climb Mount Shisha Pangma in the Himalayas on the territory of China.

Our Embassy in Beijing has received information on Petrov's disappearance on May 3rd. 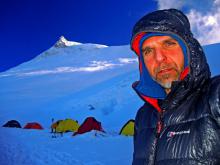 Mountaineer Boyan Petrov has been missing for several days, his wife Radoslava Nenova reported on Facebook.

Rescue crews worked through the night and into the early hours of Tuesday morning to retrieve the body of a 55-year-old climber who fell into a deep ravine on Mount Olympus, northern Greece. His climbing partner, a man aged 37, sustained multiple injuries but is out of danger and receiving treatment at a hospital in the town of Katerini. 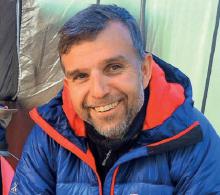 Boyan Petrov climbed his 10th peak over eight-thousand meteres in his career as an mountaineer. His relatives announced that the 44-year-old zoologist at the National Museum of Natural History yesterday successfully reached the top and then returned to the base camp of the 7th-highest peak in the world - Dhaulagiri (8172 m).