The Montenegrin Culture Ministry said that the country has become the subject of an organised "disinformation campaign" since it adopted controversial legislation on religion which has angered Serbian Orthodox believers.

One of the most popular social networks in the world, Twitter has announced that it bans political ads, AFP reports.

Company CEO Jack Dorsey said in a tweet: "We've made the decision to stop all political advertising on Twitter globally. We believe political message reach should be earned, not bought. Why? A few reasons…."

Disinformation campaigns helped lead to the assassination of Martin Luther King, the daughter of the U.S. civil rights champion said on Oct. 17 after the head of Facebook said social media should not fact-check political advertisements.

The Secretary General of the Asia-Pacific Broadcasting Union (ABU), dr. Javad Mottaghi, stated that the role of the public media is to be voices of reference for the public.

Facebook won't check the credibility of politicians' posts, the social network announced a year before the US presidential election.

The social network relies on third parties, including major news outlets, to verify the information.

Someone has made up a nonsense and you want me to comment on it, Prime Minister Boyko Borissov said in response to a journalistic question regarding the portfolio of Bulgarian Commissioner Mariya Gabriel, Focus News Agency reports.

Greece secured EU regulatory approval on Wednesday for a 300-million-euro ($334.4 million) scheme to roll out an ultrafast broadband network across the country.

Recent years have seen a lot of talk about fake news on social media. This is justified.

This story originally appeared on Meta.mk News Agency, a project of Metamorphosis Foundation. An edited version is published below as part of a content-sharing agreement. 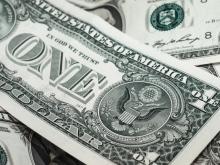 Over the next three years, the British government will allocate £ 18m ($ 22.5m) to combat disinformation and the "fake news" phenomenon in Eastern European countries, as well as strengthening of independent media in Western Balkans, DW reported.

In the words of British Foreign Minister Jeremy Hunt, it is a priority to create conditions for the smooth work of the journalists.