The loss of Lysychansk

Ukraine has acknowledged that its military has withdrawn from the Donbas city of Lysychansk. President Volodymyr Zelensky promised that control over the area would be restored.

Fearing Russia might cut off natural gas supplies, the head of Germany's regulatory agency for energy called on residents Saturday to save energy and to prepare for winter, when use increases.

Federal Network Agency President Klaus Mueller urged house and apartment owners to have their gas boilers and radiators checked and adjusted to maximize their efficiency.

The Israeli military on Saturday said it shot down three unmanned aircraft launched by the Lebanese militant group Hezbollah heading toward an area where an Israeli gas platform was recently installed in the Mediterranean Sea.

Powerful explosions early this morning in Mykolaiv reported the mayor of the Ukrainian city. It is not known what caused them, but local authorities are urging people to stay indoors. 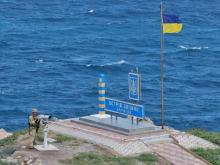 Rocket attack on Odessa: At least 10 people have died

The first passenger plane from the Chinese province of Wuhan, the epicenter of the coronavirus pandemic that killed more than 6 million worldwide, has landed in Istanbul after a two-and-a-half-year halt due to COVID-19.

Members of an Iranian team, caught on June 17 in Istanbul, were going to implement a two-stage plan to attack and kidnap Israeli diplomats and tourists, the daily Milliyet has reported.

Syria has recognized the DPR and LPR

Syria has decided to recognize the independence and sovereignty of the so-called Donetsk and Luhansk People's Republics, SANA news agency and Syrian state television reported, citing an official source from the foreign ministry.

During a meeting in Madrid, Turkish and US Presidents Recep Tayyip Erdogan and Joe Biden agreed to "continue close consultations" between Washington and Ankara, the White House reported.

The two leaders discussed the candidacies of Sweden and Finland for NATO membership, the war in Ukraine, and the situation in the Aegean Sea and Syria.