President Donald Trump issued the first veto of his presidency on March 15 to block a measure passed by Democrats and Republicans in Congress that would terminate his emergency declaration for a wall on the U.S. border with Mexico.

Greek military authorities on Friday ordered an investigation into a video posted on social media by a cadet at the army's Parachutist School, in which he is seen singing a song about Macedonia during a practice jump. 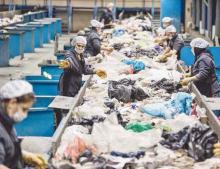 Recent improvements in Turkey's environmental policies have finally given the green light for a more sustainable future for the country, but if the country can increase its waste recycling rate to 60 percent, it could lead to an industry generating 650 million euros of revenue and creating many jobs, according to an activist.

Air pollution has caused the death of 8.8 million people in 2015 - almost double the previous estimate of 4.5 million, according to researchers from Germany and Cyprus.

According to the World Health Organization, smoking causes the deaths of 7 million people worldwide every year.
Scientists call for an urgent cessation of the burning of fossil fuels.

Today clouds will be non-significant and after lunch in separate places, mainly in the northwest half of the country rains are expected. The wind in Northern Bulgaria will be oriented from the Northwest and will be moderate, in the other areas - weak, mostly from the Southwest. 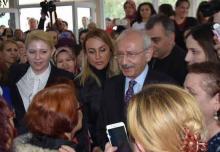 The declaration of the Republic of Turkey in 1923 in itself was a revolution for women's rights thanks to the visionary founder, Mustafa Kemal Atatürk, main opposition Republican People's Party (CHP) leader Kemal Kılıçdaroğlu has said, while slamming the current government over the treatment of women in today's Turkey.

The focus of the discussion was the situation in Syria and the efforts of foreign intelligence agencies to increase their influence on current processes in Russia. 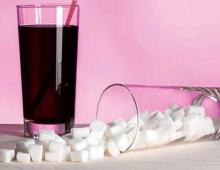 Preventing obesity will contribute to the nation's economy immensely, Tufan Nayır, World Health Organization's (WHO) representative for Turkey, has said, while calling on parliament to ensure the amount of sugar added in beverages is reduced.