Wizz Air, the largest low-cost airline in Central and Eastern Europe, welcomed 1 new, highly efficient Airbus A320 in Bulgaria and launched 6 new routes from Varna. The new destinations from the sea capital are Berlin, Cologne, Copenhagen, Hamburg, Liverpool and Paris, with the first flights from Varna to Copenhagen, Hamburg and Berlin.

Six new year-long lines will be opened from Varna Airport this summer. New direct flights begin in July and will be from and to Paris, Cologne, Hamburg, Berlin, Copenhagen and Liverpool. This was announced today by the chief executive of Fraport Twin Star Airport Management AD Ulrich Heppe.

Wizz Air will increase the capacity of its base in Varna with another Airbus A320, the company announced at a press conference today. Thus, the total number of machines based in Bulgaria is 9 - seven in Sofia and two in our seaside capital. Thanks to the new aircraft, Wizz Air will add another 6 routes from Varna to Hamburg, Berlin, Cologne, Paris, Liverpool and Copenhagen.

City breaks can make for relaxing getaways when you head for the leafy parks, watch the world go by at the alfresco cafes and stroll along the canals but new research has revealed the most hectic European destinations for visitors.

Burgas Airport has served a record 40,000 passengers in one day. The top achievement was achieved on Friday, July 20, which became the strongest day in the history of the airport. By comparison, the population of Vidin, according to official NSI data, is 42 000 people.

Danish police were investigating a plane at Copenhagen airport due to depart for Istanbul, in response to a threat against aircraft of Turkish airline Atlasglobal in Europe, the airport said on Monday.

After a five-year absence, the year-round daily air link between Athens and the New York area is scheduled to resume as Dubai-based airline Emirates on Monday announced it will be starting flights on the route from March 12. 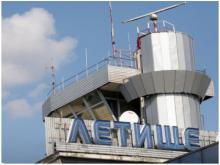 Last year, some 3.8 million people departed from or arrived at the airport.

Atatürk Airport in Istanbul broke its air traffic record on May 14 when a total of 1,375 planes took off and landed.

Do?an News Agency reported on May 16 that the latest record came as the efforts to expand Atatürk Airport continued.