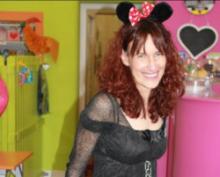 A Bulgarian facing charges relating to a credit card fraud syndicate was "executed" with his wife at their Cape Town home.

Police said they found Angelo Dimov and his second wife‚ Nessie Peeva‚ in Bergvliet‚ in the southern suburbs‚ with gunshot wounds to their heads. A police source said they were "executed" and laptops and cellphones had been stolen.

According to a new report, the proliferation of payment cards in circulation nationwide grew 2.08% annually from 2009 to 2013, resulting in a figure of USD 8.5 M 2013. Thanks largely to increased awareness and new technologies such as contactless cards, the average transaction value also increased to USD 85.5 (15th in Europe).

Customs officers at Bulgaria's Sofia International Airport have discovered and seized about 50 skimming devices in courier parcels intended for shipping to destinations abroad.

Bulgaria and Spain, in cooperation with Europol, have dismantled a significant Bulgarian organised payment crime network.

The crime ring is suspected of a variety of crimes including large scale ATM skimming, electronic payment fraud and forgery of documents, Europol said in a statement.

A total of BGN 7,93M was stolen in Bulgaria last year as a result of credit card frauds, namely skimming, according to data provided by financial analysts, cited by 24 Chasa Daily.

Officers from the polices cybercrime squad have traced a 52-year-old Greek man and a 26-year-old Romanian national who are alleged to have made a series of online purchases using stolen credit card details, sources indicated on Tuesday.

The investigation was launched early this year following a tip-off implicating the two in extensive online credit card fraud.

Bulgarian police have detained 10 people in connection with credit card frauds, as part of a special operation.

The operation codenamed "Lyon" was conducted in Varna, Razgrad, and Silistra, where 29 suspected addresses were checked, Standartnews revealed.

Gheorgui 'Mitsubishi' Martov, the alleged boss of an organized crime group charged with credit card fraud and money laundering in Chicago has ties to organized crime in Bulgaria.

This claim emerged in a recent US court filing, according to the Chicago Sun.

Three people were arrested in Italy and four in Bulgaria in an operation aimed at intercepting a Bulgarian credit card fraud ring, according to Europol.

The arrests of the seven suspects last week were the result of an investigation of over one year.