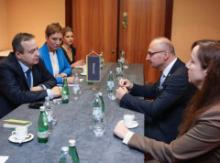 They met at the Westin Zagreb hotel after a Christmas reception hosted there by the Serb National Council and its President Milorad Pupovac. 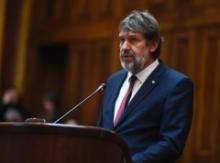 There was celebration and joy on both sides of the Slovenian-Croatian border as Croatia joined the Schengen area and adopted the euro on 1 January. More than 30 years after the countries broke away from Yugoslavia, their citizens are once again using the same currency and can cross the border freely.

Oil shipments to Belgrade via Croatia fall under EU sanctions

At the insistence of Croatia, led by the Prime Minister of that country, Andrej Plenkovi, the new package of sanctions will also include Serbia, because it will no longer be able to import Russian oil through Janaf.

Montenegrin and Croatian officials on Monday unveiled a memorial on the Croatian island of Vis to a Yugoslav naval officer who refused to bomb towns on Croatia's coast in the war in 1991. 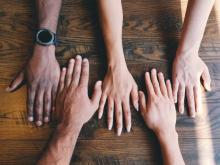 Delnice – More than 300 members of the Slovenian community in Croatia turned out for their 18th annual meeting, organised by the Union of Slovenian Associations in Croatia in the Golubinjak Forest Park near Delnice on Saturday.

Obrežje – Interior Minister Tatjana Bobnar stressed as she met her Croatian counterpart Davor Božinović in Obrežje, east, on Monday that Slovenia absolutely supports Croatia’s entry into the Schengen zone. Božinović said this is in both countries’s interest, which Bobnar confirmed.

In Croatia, there are numerous reactions to the confirmed indictment of Serbia against four pilots for war crimes against civilians on the Petrovac road in early August 1995.
Minister of Justice and Administration, Ivan Malenica, also believes that this is a political process, which, he says, can be the reason for blocking Serbia's entry into the European Union.

Croatian political leaders, wartime generals and war veterans gathered on Friday in the town of Knin to mark the anniversary of the country's victorious military offensive, Operation Storm, which effectively ended the independence war in the country in 1995.