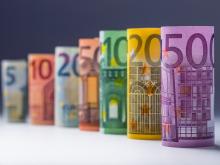 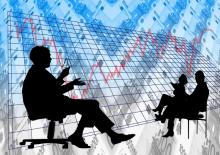 Already growing, the Turkish gaming industry has been given wings by the plummeting value of the lira and the effects of the COVID-19 pandemic.

The balance of the non-governmental credits granted by credit institutions has increased, in August 2021, by 1 pct over July 2021 (0.8 percent in real terms), up to the level of 309.7 billion RON, according to data published by the National Bank of Romania, published on Thursday.

Prominent Turkish basketball player Cedi Osman, who plays for Cleveland Cavaliers in the NBA, has proposed marriage to his year-long girlfriend, Ebru Şahin, at Cappadocia, the ancient region in Central Anatolia, famous for its fairy chimneys.

"I said yes," wrote the actress on her social media account, uploading a photo of them backdropped by the hot air balloons rising in the air.

Announcing the move in the Official Gazette, it increased the ratio by 200 basis points for all such accounts.

Prime Minister Florin Citu stated on Wednesday evening that in order to have a stable national currency, "you need a stable government". Asked at the private TV broadcaster Digi 24 when the euro will reach a 5 RON exchange rate, he answered: "I want to remind you that last year they said it will be 5 RON, but it was not.