German investor confidence hit its lowest ebb in almost eight years in August, a survey by the ZEW institute showed on Aug. 13, sapped by trade and currency wars and the threat of a no-deal Brexit.

The U.S. administration should blame itself rather than Germany for a recent strengthening of the dollar against the euro, the head of Germany's Bundesbank said on Feb. 7.

Jens Weidmann said comments by a top trade adviser of U.S. President Donald Trump that Germany was exploiting the United States and its European partners with an overly weak euro were "more than absurd."

China said on Feb. 3 it has never used its currency as a tool to gain an advantage in trade and was not seeking a "currency war",  after U.S. President Donald Trump criticized Beijing for harming American companies and consumers with a devaluation of its yuan.

Ministers and central bank chiefs from the world's top 20 economies sought Sept. 5 to bolster market confidence in the global economy, despite mounting alarm about the fallout from China's slowdown.

The financial markets across the globe are in turmoil, as the Asian markets are in a free-fall. The Shanghai Composite index recorded losses of 8.45 per cent; the CSI dropped 8.56 per cent; Nikkei fell by 4 per cent and Hang Seng was down by 4.7 per cent.

The world's emerging economies are allowing their currencies to slide in a quest to remain competitive, following China's devaluation of the yuan and the dollar's strength in anticipation of US rate hikes. 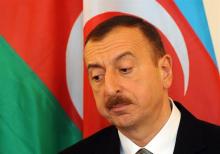 Azerbaijan's Central Bank has suddenly devalued the country's currency by 33.5 percent against the dollar.

Like Russia, Azerbaijan has been hurt by the sharp decline in the price of oil, its main export. Russia's currency has lost more than half of its value in the past year.