In 2019, approximately 1 in 3 EU citizens aged 16 to 74 reported security-related incidents when using the internet for private purposes in 2019 in the last 12 months.

Sweeping cyberattacks targeting governments and other organizations in Europe and the Middle East are believed to be the work of hackers acting in the interests of the Turkish government, three senior Western security officials said. 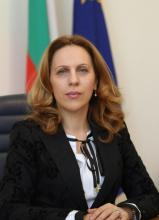 Deputy Prime Minister for Economic and Demographic Policy and Chairman of the Cybersecurity Council Mariana Nikolova is leaving for Tel Aviv, Israel, to participate in the International Conference on Cybertechnology.

In the wake of a barrage of attacks by hackers against Greek state websites, government sources have indicated that some of the systems being used for the protection against cyber attacks are outdated, underlining the need for more robust security.

Concerns were raised on Friday after Greek government websites were targeted by hackers on Thursday for a second time within just a few days, fueling calls for stronger cyber protection.

Despite speculation that the hackers could have been from Turkey, a government official said yesterday that it is very difficult to ascertain who the culprits were.

Several Greek government websites including that of the Foreign Ministry and the Prime Minister were down late on Thursday in a suspected hacking attack.

The websites of the tourism, economy, environment and energy ministries were also non-operational.

Britain's anti-hacking laws are outdated and placing the country's cybersecurity at risk, according to a new report released on Jan. 22.

The Computer Misuse Act 1990 is now 30 years old and must be updated, according to the Criminal Law Reform Now Network (CLRNN), a group of academics from Birmingham and Cambridge universities that specializes in legal reform projects.

Last week's attacks by Turkish hackers on websites of Greek state bodies including the Greek Foreign and Finance ministries, the National Intelligence Service (EYP) and Parliament are the latest in a string of such incidents over the years which, however, have not led to any data being stolen, according to sources.

EU countries can restrict or exclude high-risk 5G providers from core parts of their telecoms network infrastructure under new guidelines to be issued by the European Commission next week, people familiar with the matter said on Wednesday.

Deutsche Welle asked security experts: What would be the strength of Iran in such a cyber war?
The day after the US drone attack killed Iranian General Qasim Soleimani, the US Department of Homeland Security issued a warning against possible cyber-attacks by Iran and its proxies.