A special commission will inspect  Bulgarian Development Bank (BDB) to see why it has financed eight persons, 4 of whom may be indirectly linked to famous businessman and former MP Delyan Peevski.

This was announced by the caretaker Minister of Economy Kiril Petkov in an interview with BTV.

The Bulgarian Development Bank will be thoroughly audited. An ad hoc commission is expected to launch an urgent probe into the work of the financial institution.

Borissov criticized Radev's decision, saying it was hard to know how the pandemic would unfold by late March and implying that elections should be delayed.

Desislava Ivancheva disputes the legality of the election of MEPs Atidje Alieva-Veli and Iskra Mihaylova from the list of the Movement for Rights and Freedoms (DPS). 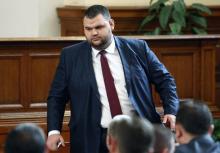 Bulgarian media mogul Delyan Peevski has announced he is renouncing the European Parliament seat he won on Sunday for the mainly ethnic Turkish Movement for Rights and Freedoms, MRF. 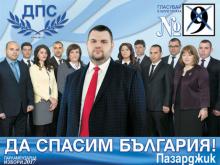 A new law that will force the country's newspapers to declare their sources of income and details about their funders, sparking fears of a witch-hunt of foreign-funded media and pressure on individual donors to smaller outlets, has been attracting criticism in Bulgaria. 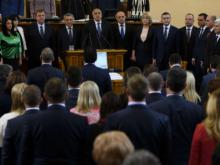 Delyan Peevski of the Movement of Rights and Freedoms was the Bulgarian politician who enriched himself the most in 2017, according to the property and interests declarations published on Monday by the Commission for Illegal Assets Forfeiture, CIAF. 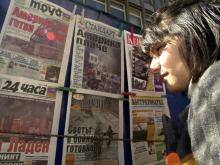 The report comes just weeks after Bulgaria's parliament backed controversial amendments to print publishing legislation that obliges media outlets to reveal the sources of their income. 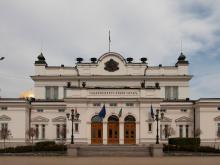 With 92 votes in favour, 12 against and 28 abstentions, lawmakers in Bulgaria's parliament on Wednesday, on a first reading,voted in favour of amendments to the Law for the Compulsory Depositing of Print Media.

MPs now have four weeks to potentially amend the proposal, ahead of the second reading, after which the law would be officially amended.

Bulgaria continues to drop down in the Reporters Without Borders Index of Media Freedom and is in a lower position than any other member of the European Union. Our country is now 111th, while in 2017 it was 109th.