Turkey and the United States fell apart in bilateral dialogue, their ties have come to a point of "tension" and this is a serious issue before the two NATO allies, Nationalist Movement Party (MHP) leader Devlet Bahçeli said on Sept. 28.

Main opposition Republican People's Party (CHP) leader Kemal Kılıçdaroğlu has demanded the government not to make any deal with the West that would bring more refugees from Afghanistan following Taliban's takeover of the country.

Turkey is currently hosting nearly half a million Afghans on its soil and should be on alert against a new influx from Afghanistan in the coming period, the Nationalist Movement Party (MHP) leader has said.

Nationalist Movement Party (MHP) leader Devlet Bahçeli has said his party's People's Alliance with the ruling Justice and Development Party (AKP) would continue as long as the people of Turkey want.

"We did not just form an electoral alliance," he told daily Türkgün in an interview on July 30.

President Recep Tayyip Erdoğan heads to Turkish Cyprus on July 19 to mark the anniversary of Turkey's 1974 intervention, a visit which is closely monitored by the European Union and the Greek Cypriots as the trip is seen as a show of strength to support a two-state solution to the island's decades-long division.

Turkish President Recep Tayyip Erdoğan inaugurated a museum dedicated to democracy on July 15 - on the fifth anniversary of the 2016 defeated coup when FETÖ attempted to seize power by force. 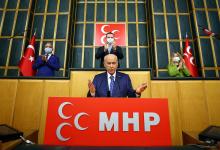 "How is terrorist propaganda considered a violation of rights?" the MHP leader said on July 6, addressing his lawmakers in parliament. 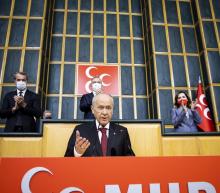 Nationalist Movement Party (MHP) leader Devlet Bahçeli proposed a new system in which Turkish students can continue their higher education without the pressure of exams and suggested the abolition of university entrance exams.