Turkey vetoed a request from the Greek Cyprus to participate as an observer at this year's Conference on Disarmament in Geneva, diplomatic sources said on Jan. 22.

The sources, who spoke on condition of anonymity, said the General Assembly meeting of the conference was held on Jan. 21.

Turkey will chair the last session of the ongoing 2018 disarmament conference in Geneva, it was announced on Aug. 20.

The United States said it would boycott the June 5 session of the Conference on Disarmament amid fears that Syria is using its presidency of the body to "normalise" the regime. 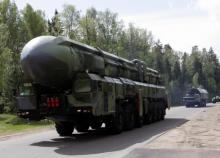 Vladimir Putin has criticized the US for failing to keep their end of the bargain in a host of international disarmament agreements. He says Moscow will not exit any existing treaties, but promised an "instant, symmetrical response" if Washington decides to quit first.

The threat of a "nuclear weapon detonation event," be it accidental or deliberate, is now the highest it's been since the end of the Cold War, 26 years ago, a UN agency has warned, saying the risk is rising as relations between nuclear powers deteriorate. 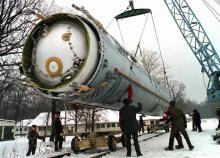 The Secretary of state for Strategic Affairs, Daniel Ionita has met on Wednesday, in New York, with the United Nations' High Representative for Disarmament, Angela Kane, the two talking mainly about the efforts of the international community in the implementation of the Treaty on Nuclear Weapons' Non-proliferation, a press release sent AGERPRES on Thursday by the Foreign Affairs Ministry (MAE),