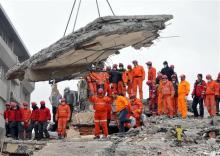 Turkeyâs Interior Ministry has denied permission for an investigation into a former governor as well as disaster management agency (AFAD) officials, over the collapse of a hotel during an earthquake in the eastern province of Van in 2011. 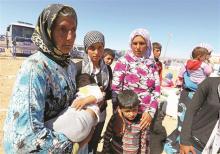 Almost half of the Syrian female refugees in Turkey do not want to work even if they were provided with a job, according to results from a recent survey conducted by the Disaster and Emergency Management Directorate (AFAD).

The survey, which was conducted among 1,500 Syrian female refugees living in 20 refugee camps in Turkey and 1,200 living in 10 Turkish cities.

A letter containing a suspicious substance triggered alarm at the Canadian Consulate in Istanbul on Oct. 24, prompting the dispatch of chemical and biological experts.

Turkey’s Disaster and Emergency Management Authority (AFAD) is planning to build a “camp” for cattle that were left on the Syrian side of the border by refugees fleeing jihadi militants.

Bulgaria's caretaker government has decided to allow experts from the European Commission to examine its capacity to manage disaster risks.

The peer reviews may be conducted on the basis of a decision of the EU concerning the Union's Civil Protection Mechanism, which envisages the creation of a common framework for disaster risk prevention. 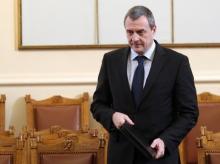 There are no sufficient resources in the Disaster Relief Fund for new housing for the victims of the floods in northeastern Bulgaria, Interior Minister Tsvetlin Yovchev revealed.

“The citizens have a responsibility to insure their homes”, Yovchev stated adamantly. 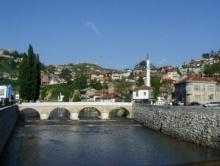 
SARAJEVO -- A joint regional force for natural and other disasters is one of the topics discussed at the 8th Conference of the Chiefs of Staff Forum of Balkan countries.

This is according to Serbian Army Chief-of-Staff Gen. Ljubiša Diković, who spoke on Wednesday.

SARAJEVO - General Ljubisa Dikovic, the Serbian Armed Forces chief of general staff, said that forming a joint regional force for responding to natural and other disasters is one of the topics discussed at Wednesday's 8th conference of the forum of Balkan military chiefs of general staff in Sarajevo.

The red box contains bread, salt and a gas mask.