The accused gunman in a 2017 nightclub attack in Istanbul which killed 39 people could face 40 aggravated life sentences.

A court in the Turkish metropolis Istanbul on Jan. 27 indicted Abdulkadir Masharipov, an Uzbek national, on charges of murder and being a member of an armed terrorist group, according to judicial sources. 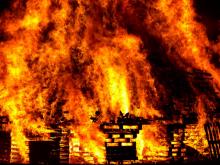 At least ten people were killed in a fire at a fan factory in central Bangladesh, RIA Novosti reports. The fire took place in a three-floor luxury fan factory building in Gazipur district, near the capital Dhaka.

It took firefighters two hours to bring the raging flames under control.

Premier Viorica Dancila announced her support for the Colectiv club fire victims' law change proposal so that they should have their medical care costs covered for as long as needed. "I received the letter of the victims of the Colectiv club tragedy and in the last days we looked for solutions to offer them the support they need.

At least 28 Turkish pilgrims died during the period of Hajj in Saudi Arabia, Turkey's top cleric told reporters on Aug. 12. 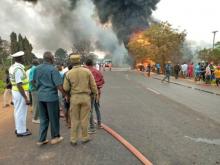 A damaged tanker truck exploded in eastern Tanzania on Aug. 10 as people were trying to siphon fuel out of it, killing at least 57, police said. 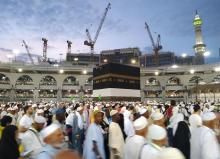 At least 72,000 Turkish pilgrims have arrived in Saudi Arabia to perform Hajj, according to a local religious official.

Forest fires have destroyed over 10 hectares of land across Turkey on July 2.