Dissolution of the Soviet Union

The Greek economy is expected to regain its growth momentum in the second half of the year, after a slowdown in the previous quarters, as a result of increased confidence and favorable monetary conditions, a report by the financial analysis department of the National Bank of Greece argues. 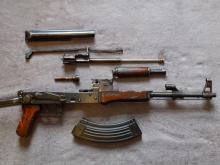 Sleeper cells belonging to various terrorist organizations exist in more than 60 countries, even in Russia and other member nations of the Commonwealth of Independent States (CIS), CIS Anti-Terrorism Center Head Vladimir Grigoryev said at a TASS press conference on Tuesday.

A travel warning for Russians travelling abroad was given by the Russian Foreign Ministry, stressing that they are in danger by US authorities. 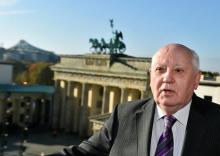 MOSCOW -- Former Soviet leader Mikhail Gorbachev has said that the United States "needs reforms similar to those during perestroika ("restructuring")."

Swept along by the excitement as the Berlin Wall was torn down, former top Soviet officials now say, 25 years on, they feel stabbed in the back by the West.

Igor Maximychev watched with trepidation from the Soviet embassy in Berlin as East Germans streamed towards the Wall the night it came down.

Prime Minister Vctor Ponta wishes "Happy Birthday!" to the Ukrainian people, on the occasion of the Independence Day, also assuring them of the entire Romania's and the EU's support.

Russian President Vladimir Putin on Thursday arrived in the Kazakh capital where he was set to sign a deal with his Kazakh and Belarussian counterparts creating a new economic union championed by Moscow.

Putin, Belarussian President Alexander Lukashenko and Kazakh President Nursultan Nazarbayev were due to sign the document in Astana following talks on Thursday.