"Each time after a person had been taken out, I heard a volley of fire or a single shot," Salkic said.

He recalled that it was raining heavily when he approached the bridge, where he saw police officers in blue uniforms and soldiers in olive-grey Yugoslav People's Army uniforms, as well as members of a unit called the Red Berets.

Courts in the towns of Doboj and Sokolac have rejected requests to ban 16 associations whose titles contain the words 'Chetnik Movement' or 'Ravna Gora Movement', while three more courts in Bosnia's Serb-majority Republika Srpska entity are still considering requests to ban the associations, BIRN has learned.

The Bosnian state court announced on Friday that it has confirmed an indictment charging Zeljko Novakovic with committing crimes against humanity during attacks on several Bosniak-populated villages in the north-western Bosanski Novi area between early May and September 1992.

Bruce Berton, head of the Organisation for Security and Co-operation in Europe's mission to Bosnia and Herzegovina, said on Friday that the Zenica-Doboj Canton's decision to honour war crimes defendant Sakib Mahmuljin shows disrespect for the victims.

Local authorities declared a state of emergency on Monday night in several northern Bosnian towns due to heavy rainfall.

In the towns of Bihac, Banja Luka, Sanski Most and Celinac, swollen rivers caused the collapse of bridges and cut road links, blocking access to remote villages. 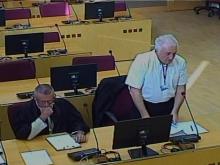 Slobodan Karagic’s 12-year prison sentence for war crimes against civilians in the Doboj area in 1992, including the rape of minors and the unlawful arrests of Bosniaks, was upheld on appeal. 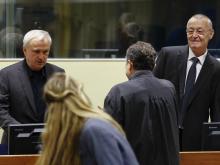 An ex-member of the Red Berets unit told the retrial of former Serbian security service chiefs Jovica Stanisic and Franko Simatovic that the unit persecuted and murdered Bosniaks in the Doboj area in 1992. 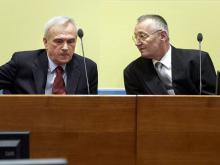 A prosecution witness told the trial of former Serbian State Security chiefs Jovica Stanisic and Franko Simatovic that Serbian Red Berets paramilitaries killed Bosniaks and Croat captives in the town of Doboj in 1992.

Reports said the veterans of Bosnia's 1992-95 war peacefully ended their last blockades in the country's Muslim-Croat Federation on the morning of March 1.

The protest that began on February 28 had left thousands of people trapped in their vehicles in freezing temperatures. 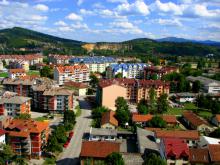 Belgrade’s Humanitarian Law Centre filed criminal complaints against three former fighters from the Serbian Red Berets unit, accusing them of committing war crimes in the Bosnian town of Doboj in 1992.