Bulgaria's economy will continue to grow at a moderate pace in 2020 and 2021, but it will be marked by a significant slowdown. The main reason will be the weakening internal consumption, which is the main engine of the economy, and investment will not offset this process. 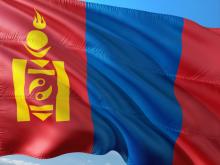 Mongolia is closing its border with China until March 2 to stop the spread of the new coronavirus, Reuters reported, citing a government announcement.

Mongolian nationals in China are given a deadline to return to Mongolia (February 6th). Foreigners (not Chinese) traveling to Mongolia will not be able to enter the country through China.

Three Russian regions in the Far East have closed their borders with China until Feb. 7 amid fears over the outbreak of coronavirus there, the TASS news agency cited the governor of Khabarovsk region as saying on Tuesday, Reuters reported.

Mongolia has closed its border with China both for cars and pedestrians in an attempt to stem the spread of the deadly virus that has infected thousands, AFP reported. Schools are also closed.

A passenger bus fell into a huge hole in the Chinese city of Xinhai, the capital of Qinghai province, according to the French Central Television.

At least 6 people have died. and The incident also wounded 16 people who are in a stable condition now.

A road section in front of a hospital on the busy Nandajie Street in the city of Xining, collapsed,

At least 10 people are missing in China after a road collapsed in the country's central region, local media reported on Jan. 14

Authorities in Qinghai Province told state-run Xinhua news that 15 people were injured when the incident occurred late on Jan. 13 in the provincial capital Xining.

Rescue operations are still underway to locate the missing persons.

Urbanization in China's Tibet Autonomous Region has reached 32%, with more than 1.07 million people living in cities, according to data from the Regional Bureau of Housing, Urban and Rural Development. 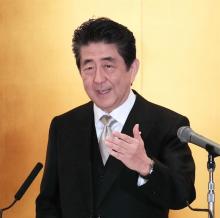 Japanese Prime Minister Shinzo Abe repeated his plans to deploy the Self-Defense Forces to the Middle East to ensure the safety of its ships, even as tensions in the region erupt in the wake of the United States' killing of one of Iran's top military commanders.

Taiwan's military chief was killed when an air force helicopter crashed near the capital on Jan. 2, the local media reported.

Japan will send a warship and patrol planes to protect Japanese ships in the Middle East as the situation in the region, from which it sources nearly 90% of its crude oil imports, remains volatile, Japan's top government spokesman said on Dec. 27.