Turkey?s exports to Egypt increased by 3.1 percent in 2014, according to the Turkish-Egyptian Business Association.

?Turkey?s exports to Egypt last year amounted to some $3.398 billion, increasing from $3.2 billion in 2013,? Atilla Ataseven, the head of the association, told Anadolu Agency.

The war in Syria has plunged 80 percent of its people into poverty, reducing life expectancy by 20 years, according to "a UN-backed report."

Namely, fife expectancy in this Middle Eastern country was 75.9 years in 2010, and was estimated at 55.7 years at the end of 2014, the Syrian Center for Policy Research said. 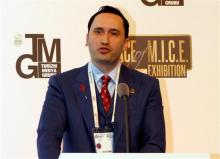 Turkey's Mediterranean province of Antalya, an international tourism destination with numerous facilities, has become the country's leading convention tourism city, according to a sector representative. Some 24.3 percent of convention and event managing companies pick Antalya, said Volkan Ataman, the general manager of Turizm Medya Grubu, at the ACE of M.I.C.E.

BELGRADE - The Ambassador of Egypt to Serbia Menha Mahrous Bakhoum has said that the big "Egypt Economic Development Conference" , to take place next month in Sharm el-Sheik, will be an opportunity for further improvement of already excellent relations between Serbia and Egypt.

Turkey?s army continued preparations to move a historical Ottoman tomb closer to the Turkish border in northern Syria on Feb. 24, but the owner of the plot has reportedly said Ankara did not ask for permission to use the land. 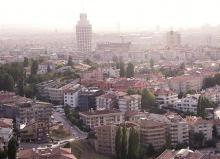 Turkey?s state subsidies and economic incentives are centered on a few cities and the existing system does not cover less developed cities, the Turkish Young Business Association (TÜG?AD) said in written statement Feb. 12.

A press conferences was held Jan. 23 to provide information about the progress of the ?Turkey: Home? campaign, which was launched by the Culture and Tourism Ministry for Turkey?s promotion abroad.

The campaign includes a detailed digital and social media campaign as well as newspaper, magazine and open air advertisements all around the world.

Egypt is open to importing gas from Israel, its oil minister said in state-owned media Jan. 14, another sign that it may lean on its neighbor to help tackle its energy troubles.

Egypt is going through its worst energy crisis in decades and is seeking fresh sources of natural gas, which powers most of its homes and factories, including Algeria, Russia, and Cyprus.

Turkey?s gross domestic product is expected to grow at around 3 percent in 2014. This growth rate is a ?modest high? when the current situation in the European markets, Turkey?s main trade partner, is considered, along with the surrounding geopolitical risks.