A joint declaration after the ninth trilateral summit between Greece, Cyprus and Egypt sent a strong, unified message to Turkey.

Greek Prime Minister Kyriakos Mitsotakis will be traveling to Cairo on Monday to attend the seventh tripartite summit between Greece, Egypt and Cyprus, which will take place the following day.

Prime Minister Alexis Tsipras says that Turkey's "provocation and flouting of International Law" in Cyprus' Exclusive Economic Zone (EEZ) are a sign of weakness and calls for EU sanctions against Turkey if it is confirmed that drillship Fatih has drilled for oil and national gas within Cyprus' EEZ.

Cyprus President Nicos Anastasiades and Greek Prime Minister Alexis Tsipras are expected to brief European Union leaders on Thursday at the informal European Council in Romania about Turkey's illegal drilling activities within the Eastern Mediterranean island's exclusive economic zone (EEZ), which the Cypriot leader has described as tantamount to a "second invasion" - after Turkey troops landed 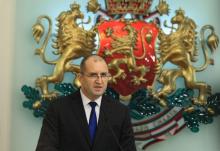 President Rumen Radev and his delegation headed to an official visit to the Arab Republic of Egypt. The invitation to the Bulgarian head of state is by Egyptian President Abdel Fatah el-Sisi.

The leaders of Cyprus, Egypt and Greece say they'll work more closely with the European Union to tackle illegal migration and will take joint action to combat the threat of terrorism.