Government sources Wednesday ruled out a general election before April this year.

"The prime minister remains steadfast to his commitment that elections will be held at the end of his four-year term. He will decide what the appropriate date is after April," sources said after a meeting at Maximos Mansion chaired by Kyriakos Mitsotakis, Greece's conservative leader.

Devlet Bahçeli, the head of the Nationalist Movement Party (MHP) has slammed the six-party opposition for not being able to appoint a joint presidential candidate against President Recep Tayyip Erdoğan.

Fukuyama, an American philosopher of Japanese origin, is also known for his book "The End of History and the Last Man", which he published in the early nineties, in which he argued that the progression of human history as a struggle between ideologies was largely at an end, with the world settling on liberal democracy after the end of the Cold War and the fall of the Berlin Wall in 1989.

Ljubljana – The 26th Ljubljana Marathon will coincide with the presidential election on 23 October after the organisers of the biggest such event in the country declined the appeal by the National Electoral Commission to consider changing the date to let voters access polling stations without disruption.

Ljubljana – The Robert Golob government is entering autumn with the highest approval rating so far and the three coalition parties have made significant gains compared to last month, according to a poll released by POP TV.

Ljubljana – Today is the first day when candidates vying to become Slovenia’s new president in the 23 October election can submit their candidacy, and voters can formally support their candidates with signatures.

The candidates have until 28 September to submit their candidacy with the National Electoral Commission.

Bulgaria's diplomatic missions abroad have already requested permission or notified 128 countries with which our country has diplomatic relations and has an accredited ambassador. To date, out of 61 countries in which the Central Election Commission (CEC) has designated polling places, Bulgaria has received permission from 42.

The main opposition Republican People's Party (CHP) will apply to the Supreme Election Board (YSK) for an increase in the number of polling stations abroad so that more Turks can vote in the upcoming presidential and parliamentary elections, the daily Milliyet reported on Aug. 16. 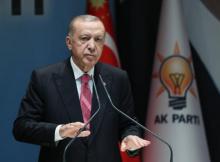 Türkiye has made a revolution with reforms and has transformed into a more democratic and free country, President Recep Tayyip Erdoğan said on Aug. 15. 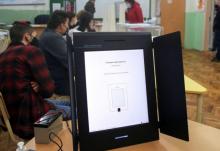 The government approved the cost plan for the expenses for the preparation and execution of the parliamentary elections on October 2, 2022. The approved funds are in the amount of BGN 70.5(EUR 35.7) million.