Millions of people are voting on the first day of the European elections 2014 in the United Kingdom and the Netherlands, Thursday.

Voting will take place in the EU's other 27 member states over the next four days, with 751 MEPs in total to be chosen.

Voter abstention in the first round of elections for Greek local authorities on Sunday reached 38.4 percent of the electoral body, figures published on Monday have shown.

Voters in Thessaloniki and 10 municipalities in the metropolitan area of the second-largest city in Greece cast ballots that almost unanimously opposed the sale of the regions biggest water utility. 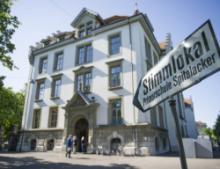 Switzerland has rejected the proposal to introduce a minimum wage of EUR 18 per hour, the world's highest minimum wage, according to preliminary results of Sunday's referendum.

Supporters of the measure, including trade unions and left-wing parties, stressed the high living costs, while opponents argued that it would increase production costs and unemployment levels.

The first round of local elections in Greece has kicked off.

Greek nationals are to elect mayors and town councils for 325 municipalities and 13 district governors.

Over 9.8 million Greeks are eligible to vote on Sunday, according to reports of dnevnik.bg.

The polling stations will be open from 7 a.m. to 7 p.m. local time.

Local officials in Thessaloniki have decided to go ahead with an informal referendum on the planned privatization of the local water and sewage company, EYATH, despite objections by the Interior Ministry.

Opponents of plans to privatize EYATH, the state-run company that provides the northern port city of Thessaloniki with water and sewage services, hope to reverse the process by putting it to a referendum on Sunday.

Gendarmerie and police will escort the cars transporting the ballot papers for the upcoming European Parliament elections to the electoral districts in Bulgaria. 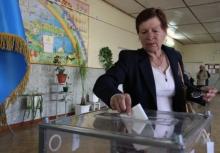 According to preliminary counts, between 94 and 98 percent of voters in Ukraine's Luhansk region have voted for self-rule in Sunday's referendum.

The referendum in Ukraine's southeastern Luhansk region on declaring independence from Kiev has allegedly attracted voter turnout of over 75% in some places.