France launched yet another initiative, aimed at curbing carbon emissions. Under new amendments in legislation all domestic flights that could be substituted by train travel for under two and a half hour routes will be permanently suspended, Reuters reported. The move is the last in a series of actions targeted to lower green house gases.

The latest restriction measures, which have been in force since 10 March in 19 French departments, will be extended to the whole country on Saturday for a four-week period. 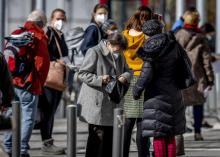 Leaders from 23 countries, the EU and WHO on March 29 backed a push for a new global treaty to better prepare the world to tackle future pandemics. 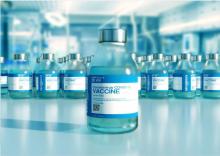 The vaccine producer AstraZeneca must "catch up" on its promised deliveries to the EU before exporting doses elsewhere, the bloc's chief has said.

European Commission President Ursula von der Leyen said that the company has to honour the contract it has with member states on Thursday evening.

She spoke after EU leaders held a summit to discuss vaccine supplies.

Ankara on March 24 denounced recent remarks by the French president about Turkey and its leader, calling them "unacceptable".

French President Emmanuel Macron claimed that Turkey was "attempting to interfere" in his country's next presidential election in 2022 while also stressing that Paris must work with Ankara.

French PM Jean Castex announced on Thursday a month-long limited lockdown for Paris and other regions of the country starting Friday as the number of Covid-19 patients in intensive care units spikes, FRANCE 24 reported. The new restrictions will be imposed on 16 regions, including the Paris area.

French President Emmanuel Macron on Feb. 4 said it was essential to continue dialogue with Russia despite its "huge mistake" in jailing opposition figure Alexei Navalny.

Macron has long pushed for a working relationship with Russia under President Vladimir Putin and renewed his commitment to the strategy during a question and answer session with the Atlantic Council think tank.

The French and Enlargement

In the 2019 Eurobarometer, only a third of French respondents - 32 per cent - approved of enlargement, while 58 per cent were against. This was comparable to opinion in Germany or Austria, where 57 per cent were also opposed - but despite that, the governments of these countries strongly favour EU membership for the Western Balkans.