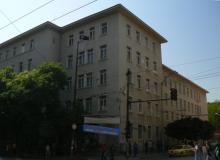 Nowadays real estate prices are increasing steadily ... Is the new home becoming a more distant dream? comments Bulgaria On Air TV show together with Nevena Stoyanova, a partner in a real estate agency, Snezhana Stoycheva, the manager of imoti.net and the singer Nora Karaivanova.

Buying or renting a new home is accompanied by a lot of stress and ... money.

Police in Athens have arrested three men aged 46 to 69 who are believed to have blackmailed and threatened property buyers into paying them the commission for real estate purchases.

The racket, which authorities said has been active since 2006, allegedly threatened contractors, real estate agents and potential buyers into doing business with them rather than with another agents.

The process for the sale of properties in packages - most of them homes - has entered its final stage after those assets were repossessed by banks due to unpaid mortgages.

The phenomenon of subletting in areas in or near Athens's historic center is growing, as many rush to take advantage of the growing demand from the increasing tourist numbers and the popularity of online services such as Airbnb, which facilitate short-term rentals of entire apartments without a permit. 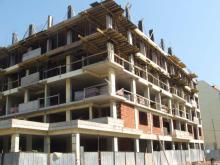 A significant rise in sales, a sustained upward trend in prices and great interest in newly built homes have marked a strong start to the housing property market in Sofia in the first quarter of 2016, a Bulgarian real estate agency has said. 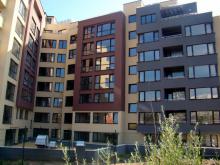 This compares with average interest of about 1% earned from deposits in local banks, according to central bank data, the Sofia-based real estate agency said on Tuesday.

Huge questions are raised as to the consequences that new measures concerning non-performing loans (NPLs) or so-called “red loans” will have on Greece’s real estate market that has been in a slump for the last seven years with over 250,000 vacant properties for sale. Real estate professionals still don’t know how much lower prices will fall as a result of foreclosures and auctions.

BELGRADE - Serbian Minister of Trade, Tourism and Telecommunications Rasim Ljajic signed on Wednesday the rulebooks that will ensure full implementation of the law on mediation in trade and lease of real estate.

The sector of real estate agents is particularly prone to social security contribution evasion and to undeclared labor, as according to data from the Hellenic Federation of Realtors (OMASE), the number of illegal agents is actually higher than that of the legal ones.