That should happen at the next EU Western Balkans summit in May 2020, highlights the paper and adds that there are more models at stake, each heading towards offering a privileged partnership to candidate countries instead of enlargement, more precisely, economic integration without formal membership.

A "deep and comprehensive" trade deal of the kind the U.K. says it wants with the EU would require Britain to accept a "binding convergence mechanism" with EU laws, according to a draft resolution from the European Parliament obtained by POLITICO.

BERN - Switzerland and Serbia have excellent bilateral ties based on common interests, as also confirmed by the 570 companies in Serbia that have been established with Swiss capital, says Johann Schneider-Ammann, a Swiss federal MP and head of the Federal Department of Economic Affairs, Education and Research.

BELGRADE - Serbian FM Ivica Dacic and Christian Hellbach of the German Federal Foreign Office agreed on Monday the relations between the two countries were on a high level, while Hellbach highlighted the significance of regional stability and Serbia's constructive role in the Balkans for Germany.

Greece placed 41st out of 133 countries the world over, according to a the World Justice Project (WJP) Rule of Law Index, which ranks countries according to the way the rule of law is experienced by the general public.

It is well known the world over that Greece's ability to uphold the law rates poorly.

Law-abiding citizens find themselves in the position to be able to confirm this fact on a daily basis, be it on the street, in public spaces, in court and in transactions with the state or private parties.

Citizens of Bulgaria and Romania will enjoy the same working rights in Switzerland as other citizens of the European Union from June 1.

The Swiss government is lifting its restrictions on workers of the two Balkan countries, as the seven-year-transition period, set from 2009, on the free movement of persons agreement between the EU and Switzerland, expired on May 31. 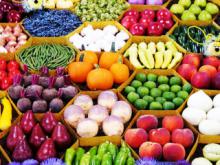 Bosnian farmers will now have to pay tarrifs if they want to export their produce to the EU market after January 1, after Brussels suspended a trade liberalisation deal.

"The European Parliament decided ... to suspend the trade preferences granted unilaterally by the EU to Bosnia and Herzegovina," Zora Stanic, the spokesperson of the EU delegation in Sarajevo, told BIRN on Tuesday.