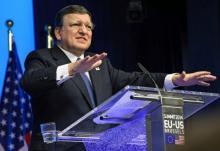 European Commission President Jose Manuel Barroso has decided to run for a third term as head of the EU's executive body. 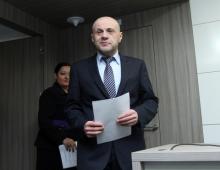 The center-right opposition party GERB said it will seek at least six seats in the European Parliament.

The leader of the GERB ballot, Tomislav Donchev, urged their opponents to conduct a strong and sensible debate on European topics.

Four Bulgarian parties would win seats in the European Parliament if the elections were now, according to the latest survey of Sova Harris agency.

The ruling Socialist Party (BSP) increases its lead over the main opposition center-right GERB Party. The Socialists would receive 21.9% in the Euro-vote, while GERB would come second with 20.6%, the survey shows. 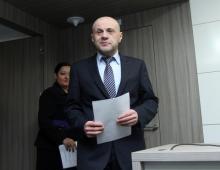 Both parties are to reveal their nominees at special plenary meetings on Saturday, Dariknews.bg has reported.

The European Parliament's industry committee has approved legislation which envisages the abolition of roaming tariffs as of December 15, 2015.

Starting December 15, 2015, making a call or sending an email from a mobile phone abroad will cost the same as doing so at home, under legislation adopted by the European Parliament's industry committee on 18 March. 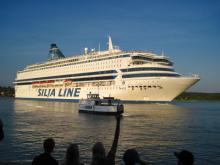 European Parliament (EP) voted at first reading on Wednesday a draft law ensuring better protection of travellers who do not use the services of tourist agencies or package offers.

The troika faced an immense challenge in dealing with the euro crisis but the adjustment programs it helped implement in Greece and other countries lacked transparency and were not fully adapted to those states, according to a European Parliament committee, which recommended on Tuesday the International Monetary Funds involvement in future bailouts be optional.

Prime Minister Antonis Samaras was traveling to Strasbourg on Tuesday for the launch of the European Unions High Level Group on Own Resources.

The European Parliament decided to postpone a long-expected voting that could lead to scrapping roaming charges across the EU.

One of the key ideas within the bill was to end mobile phone roaming fees by 2016.

A proposal for "net neutrality", envisaging legal protection to the Open Internet, was also on the agenda.

BELGRADE - A delegation of the European Parliament (EP) headed by President of the group of the Progressive Alliance of Socialists and Democrats in the EP Hannes Swoboda visited the Socialist Party o Serbia on Monday, and the talks at the end of the meeting covered the current political situation.