The European Union and Turkey agreed to review a 4-year-old deal on managing migrants and refugees in an effort to settle a dispute that sent thousands of people to the Turkey-Greece border in hopes of reaching Europe, top EU officials said on March 9.

Turkish President Tayyip Erdogan sought more European support on Monday over the war in Syria and for hosting millions of Syrian refugees, but was told he must first stop encouraging migrants to cross into Greece.

Turkish President Recep Tayyip Erdogan will visit Brussels on Monday for talks with European Union officials amid a standoff between Ankara and Brussels over sharing of responsibility for refugees and other migrants.

President Recep Tayyip Erdoğan paid a visit to Belgium on March 9 in a bid to revise an EU-Turkey deal because the terms of the agreement were no longer effective.

Amid the new migration crisis at Greece's land border with Turkey, Greek Prime Minister Kyriakos Mitsotakis is due in Berlin on Monday for talks with German Chancellor Angela Merkel, while Turkish President Recep Tayyip Erdogan, who provoked the crisis by declaring that Ankara would no longer guard the European Union's border, is due in Brussels for talks with EU officials.

The EU should keep its promises and not make charges against Turkey, the Foreign Ministry said early on March 7 in response to a statement by an EU agency.

"Instead of accusing Turkey, the EU should first keep its promises, apply itself to the March 18 [2016 EU-Turkey refugee] Agreement as a whole," the ministry said.

The European Union is scrambling for a new agreement with Turkey to prevent migrants from Syria, Iraq, Afghanistan and beyond flooding into the EU. But there is little sign so far that Ankara is ready to accept the terms Brussels is offering.

Greece is winning the unorthodox war that has been declared on it by Turkey. The borders are holding; European institutions and EU member-states are standing by the Greeks, confirming that these are Europe's borders; the domestic front is united; even refugees and migrants are coming to realize that they have been had by the cynical Turkish president. In success, however, danger lurks. 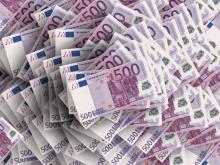 The European Commission is preparing new additional aid of 500m euro for Syrian refugees in Turkey, as well as a number of other measures to ease tensions with Ankara, an EU source quoted by France Press reported.

As thousands of people near Turkey's border with Greece wait to cross over to the European Union, a migration deal the EU and Turkey reached four years ago has become a political football.The two sides accuse each other of failing to respect their commitments.