Seven people were arrested outside the London headquarters of Barclays bank on Wednesday after climate change activists broke windows to protest the role of the financial sector in climate change, news wires reported. "You may dislike our action today but I ask you to compare a crack in a window to funding wildfires and flooded homes," said a campaigner cited by Reuters.

A man tried to climb Big Ben but was arrested by law enforcement in London.

The strange incident took place around 4:00 pm local time, when police officers were called to the place of the popular clock tower. The signal was for a man trying to climb Big Ben, according to tweet published on London's police Twitter page. 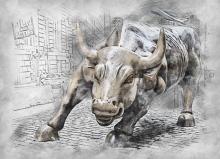 On Monday, there were protests in many cities around the world. Activists want to put pressure on governments to take more serious action against climate change.

Eco-activists used a fire truck to spray the British Treasury's facade with red paint in an effort to draw attention to the government's failure to prevent a looming climate cataclysm, Reuters reported.

Then, four activists stood on the roof of a fire truck bearing a banner labeled "Stop Financing Climate Death." The stairs of the ministry were drenched in red paint.