Pope Francis personally spoke with BelÃ¶zoÄlu over the phone and the 33-year-old midfielder immediately accepted the offer, according to daily HabertÃ¼rk.

Germany striker Thomas Mueller joined Neymar and Lionel Messi on top of the World Cup goalscoring charts on June 26 as Algeria stunned Russia to reach the second round for the first time.

June 26 marks the 20th anniversary of Bulgaria’s first ever win in a World Cup match, 4:0 against Greece.

Portugal snatched a dramatic equaliser deep into injury time to force a 2-2 draw with the United States and keep their World Cup hopes flickering on June 22.

Varela headed in a cross from Portugal captain Cristiano Ronaldo in the fifth and final minute of stoppage time at the Amazonia Arena in Manaus to grab a vital point. 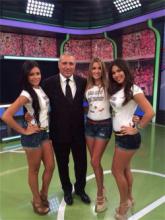 Stoichkov, who currently works as a pundit for Mexican "Televisa", is in Miami as part of a beauty contest jury. The top girls will be sent to the World Cup with the television crew to cover events. 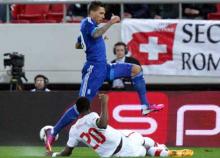 Greece will create a little bit of history in Brazil in June and reach the World Cup knockout stages for the first time coach Fernando Santos has confidently predicted.