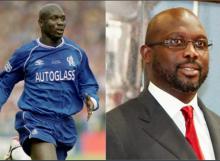 The winner of the Ballon d'Or Award for Best European Player in 1995 - George Weah, was elected President of Liberia. The election took place on Tuesday. According to international observers, the vote has gone smoothly, despite its late start in some counties.

Cristiano Ronaldo has been penalized for 5 games for his actions in the Spanish Super Cup game in which Real (M) won 3:1 against Barcelona as guest of Camp Nou in the first leg. The Portuguese was sent off after receiving two yellow cards. The first was because he stripped for his goal for 2-1 in the 80th minute. 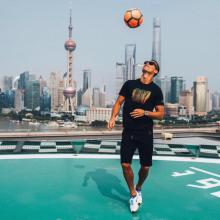 The winner of Ballon d'Or Cristiano Ronaldo officially confirmed his decision to stay at Real Madrid. This puts an end to all speculation that he might leave the Spanish team. Reports Sportal. 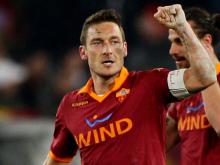 Francesco Totti's has put an end to the intrigue about his future. Totti put an end to his career as a Roma player on May 28, and since then there were speculations whether he will continue playing in another club or will devote himself to a new challenges.

Real Madrid have lifted their 12th Champions League title after defeating Juventus 4-1 in the final in Cardiff. Following a first half that saw both sides level at 1-1, the Spaniards asserted their superiority on the pitch and scored 3 goals, with Casemiro (61’), Ronaldo (64’) and Assensio (90’) to defend their trophy.

Juventus and Real Madrid are level (1-1) at the end of the first half in the UEFA Champions League final in Cardiff. In a beautiful display of football Ronaldo opened the score on 20 minutes for the Spaniards, but Madzukic scored an incredible overhead goal only 7 minutes later to draw the match.

Two Turkish professional footballers, Başakşehir club's Emre Belözoğlu and Fenerbahçe's Volkan Şen as well as former manager Tayfun Havutçu gave testimonies on May 25 in Istanbul as part of an ongoing probe into the illegal import of luxury cars, state-run Anadolu Agency has reported.

Real Madrid and Atletico Madrid have been drawn to meet on the semi-finals of the Champions League, with Monaco and Juventus to compete in the other semi-final.

MOSFILOTI - A Cypriot fan of former soccer player and administrator Michel Platini renewed a bid Sunday to be entered in the Guinness Book of World Records for the biggest collection of Platini memorabilia.